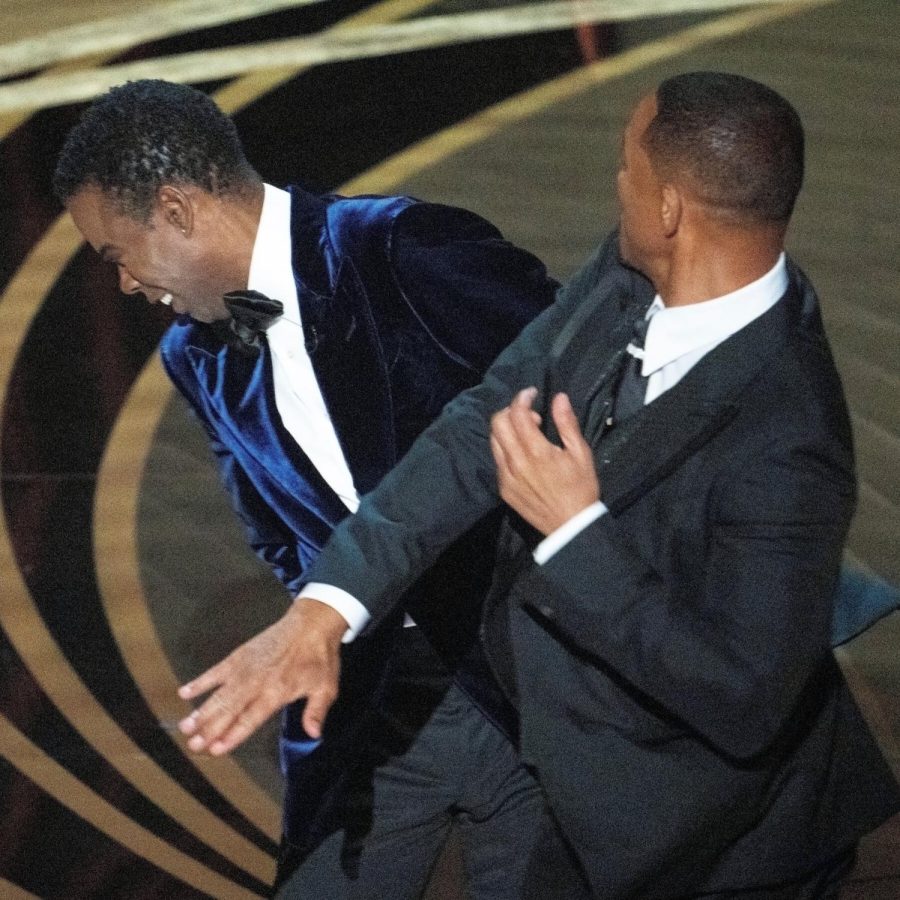 Chris Rock vs Will Smith: Who was really in the wrong?

Although our DNA is technically Identical, our opinions are not. During this week’s Oscars’ award ceremony, some polarizing events took place, causing our competitive side to shine through. Instead of arguing at home for hours, we decided to put those words into writing.

Presenting at the Oscars is a lofty achievement for any comedian, and for the last 30 years, Chris Rock has remained at the forefront of comedy, giving him great reason to present the award for best documentary.

While Rock was presenting and cracking jokes at numerous participants in the audience, as any comedian does, he was assaulted by none other by Will Smith.

“Will Smith just smacked the S*** out of me!” was Rock’s following comment. Not only did Rock take the slap like a champ, but he continued with a comedian’s grace, continuing to make the audience laugh, amidst quite the awkward situation that took place seconds earlier.

As I’m sure you all know, Smith continued to yell at Rock, who once again, listened and responded like an adult.

Following this, which I’m sure you all know, Smith won the award for best actor in a leading role.

He then followed up this award with a speech where he tried to rationalize his actions, comparing himself to Richard Williams, the character he won the Oscar for playing. Smith talked about how Richard would do anything for family, which is what he has been trying to do recently.

Although this is a sweet sentiment, and many can reason with this, one must circle back to the task at hand. Rock said a lighthearted joke about his wife, that was not meant to do any harm, and Will responded with violence, in front of millions during one of the biggest award shows on earth.

My brother will tell you that this speech was sentimental, and that Will Smith was defending his wife from a joke that made fun of her alopecia; however, multiple sources have concurred to reveal that Rock in fact did not know of this disease, which throws that argument out of the window.

Smith’s actions at the Oscars were childish to say the least, and although my twin will attempt to tell you otherwise, it is hard to argue in favor of violence solving problems.

My favorite rapper/actor Will Smith, a.k.a. Will 2k, a.k.a. The Fresh Prince may have made a mistake this week. This mistake however is being completely blown out of proportion by many people all over the internet, including my brother.

For the past 32 years, Smith has been a bright light in Hollywood. He’s made us laugh, groove, cry, and applaud. But after one incident, where Chris Rock completely disrespected his wife’ medical condition in front of millions of people all over the world, he decided to strike back and people suddenly lose all respect for him. Now that is where I draw the line.

Smith has become famous for his roles where he acts as a person willing to do anything to protect his family. In the Pursuit of Happyness, we see him sleep on the floor of a subway bathroom to care for his son. In King Richard we see him stand up to gangs to insure his daughters’ safety. In Fresh Prince of Bel-Air we even get to watch Will grow up and mature, as a fictional character but also as a real person. Will Smith has been a beacon of joy in Hollywood also raising two stars, Jaden and Willow Smith, who are both extremely well respected in Hollywood.

After looking over at his wife and seeing her pain, Smith did what any loving husband would do and slapped Chris Rock across the face. Wait, you wouldn’t do that? Well, maybe Will Smith would go to greater lengths than you to insure the comfort of his loved ones. Just sayin’.

We all know Will Smith and Jada Pinkett Smith have been through a lot over the years. So now, I will leave you all with this famous idiom: Before you judge a man, walk a mile in his shoes.