Is “Die Hard” a Christmas movie?

This side-by-side features staff writers Saige Joseph and Kenna McBean debating over whether or not "Die Hard" should be considered a Christmas movie.

Explosions, blood, chaos: Everything a Christmas movie is not 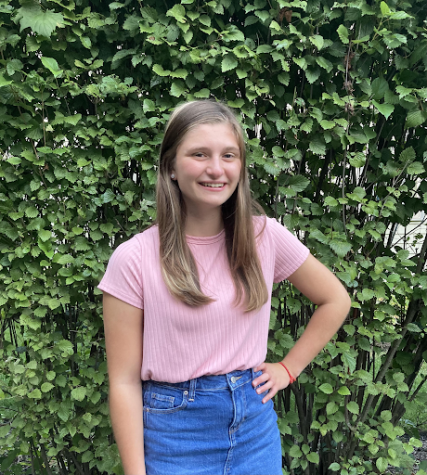 I would like to start off by saying that this is not a dig at Die Hard. I think it’s a good movie. I just strongly believe that it should not be categorized as a Christmas movie.

And, for those of you who believe that Die Hard should be categorized as such, you’re wrong.

This isn’t a new debate. People have been fighting over whether or not Die Hard should be considered a Christmas movie ever since it came out in 1988. This polarizing topic has ripped apart families, friendships, and dividing people. Nonetheless, there is only one right answer.

When I think of Christmas movies, those that come to mind are Elf, Christmas Vacation, and Home Alone.

All those movies have common Christmas themes. They center around family, love, friendship, and magic. It’s that simple.

Die Hard does NOT.

It’s literally an action movie that coincidentally occurs around Christmas. That alone does not make it eligible to be considered a Christmas movie.

The fact that it is during Christmas quite literally adds nothing to the plot. For all we know, it could’ve been set to take place on Halloween and they just got lazy to wait until Halloween to film. It’s a possibility.

A Christmas party, hostages, and explosions, sums up Die Hard. Now, only one of those things is something that you see in a holiday movie.

Going to save his family from a holiday party gone wrong, Bruce Willis takes the night into his own hands. Ah yes, yet another story about a man trying to “save the day” from a crisis that could have been avoided all together.

He and his wife are in the middle of separating, when there becomes a hostage situation that Bruce Willis has no choice but to do on his own. This doesn’t have anything to do with Christmas cheer. It simply takes place at a Christmas party.

There aren’t any of the common themes that you see in any baseline holiday movie. No love, family, magic, or miracles. It’s just an explosion, man fights another man, bam. He wears a Christmas hat. He doesn’t have shoes on, his feet get hurt. Story is over.

I’m not saying that every Christmas movie has to have all of these elements, but at they should at least incorporate some of them. I will acknowledge that at the end of Die Hard he gets back together with his wife. However, they don’t reconcile for reasons because of the holiday cheer and Christmas magic.

“Everyone says when the broken couple kisses at the end it is ‘in holiday spirit’ but it is really because they were both almost just killed and didn’t want each other to be killed,” Sharman said.

Yes, at the end it does snow and everything is all “happy,” but talk about a cliche ending. How annoying. Like, good for you Bruce Willis, you did it. You’re a hero, and now you and your wife are getting back together. Just because you were put through a moment of panic, you are suddenly in love again.

With Kenna’s logic that Die Hard is simply a unique take on Christmas movies, you could just about argue that any movie with snow is a Christmas movie. It wouldn’t take much for a movie to qualify as “Christmas.”

Filming wasn’t all jolly for the cast and crew either.

Bruce Willis lost ⅔ of his hearing after a machine gun went off next to his ear while filming one day.  Wouldn’t you think that a Christmas movie would be a little less violent than that?

There is no sense of “holiday cheer” whatsoever. If explosions and constant action are new criteria for Christmas movies, then I’m not sure that Elf would make the cut.

There is a Santa hat in the movie. So I guess if you count “holiday props” as points, then I’ll allow two holiday points to be awarded.

I’ve only seen Die Hard twice, but that doesn’t mean I won’t watch it again. I simply just won’t be viewing it during the holiday season. I just don’t understand how someone could be sitting on their couch, with holiday decorations all set up, hot cocoa in hand, and turn to Die Hard to fulfill their holiday needs.

I don’t know about you, but when I gather around the Christmas tree with my family, Die Hard is not the movie pick.

So, next time your family asks for a movie suggestion to watch around the holidays, don’t say Die Hard. If you don’t believe me, why don’t you try watching it on Christmas Eve and tell me if you still think it’s a holiday movie. Then we’ll see whose side you’re on.

This poll has ended.

Is "Die Hard" a Christmas movie?

When you think of Christmas movies, Die Hard is probably not one of the first movies to pop into your head. However, that doesn’t mean that it doesn’t deserve a spot with classics such as Elf, A Christmas Story, and Home Alone.

Despite what Saige says, Although it is unconventional, Die Hard is an amazing Christmas movie

Saige and I created this criteria for what constitutes a movie as a Christmas movie.

Die Hard has all of these!

First, John McClain (Bruce Willis) has to save his wife when German terrorists hold her work Christmas party hostage. He also hasn’t seen his kids in a while because he’s a New York cop (which he makes a hallmark of his personality), so he heads to LA to see them, even though he and his wife are having issues.

Second, the ending is very happy for John McClain and his wife because he saves her and the party guests from the terrorists, prompting her to fall in love with him all over again.

Third, it is a miracle that John is able to survive and save everyone at the party. In reality, no one that was in the building that night should’ve survived.

Finally, while the movie doesn’t totally scream Christmas, there are little whispers of the holiday throughout the film. Featured in the soundtrack are tons of Christmas songs like Ode to Joy and Winter Wonderland. Also, John McClain’s wife’s name is Holly. That is literally the name of my Elf on the Shelf.

Most people I have talked to have agreed with me that Die Hard should be considered a Christmas move.

“Die Hard is like Home Alone in a way where a guy sets up traps to stop some thieves from ruining Christmas,” sophomore Ryder Gamrath said. “It also takes place on Christmas Eve in a fancy Hallmark-esque building.”

“Saige would like to tell you that Die Hard is not a Christmas movie because it doesn’t have any of the ‘themes of a Christmas movie,’” he said. “In fact, John McClane does everything he does out of LOVE for his family, the police officer who believes him and encourages him throughout the movie exemplifies GOODWILL TOWARDS MEN, and the villain is the disrupter of PEACE ON EARTH.”

“Not to mention, more of it actually takes place on Christmas than It’s A Wonderful Life.”

As validated by Gamrath and Boberski, Die Hard passes the criteria with flying colors. With everything from a love story to a Christmas miracle, it should absolutely be considered a Christmas movie.

With this overwhelming evidence, I think that it is safe to say that despite what Saige wants, Die Hard is permanently a part of society’s Christmas traditions. And, honestly, it’s for the best.

So, next time you’re looking for a move on a snowy day in late December, I encourage you to turn on Die Hard for an authentic holiday experience.

This poll has ended.

Is "Die Hard" a Christmas movie?