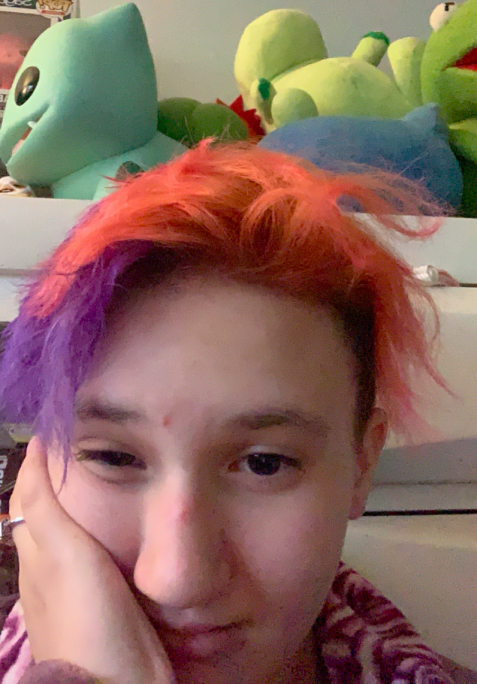 In today’s culture, Generation Z can be both very supportive and very hostile towards the transgender community, which has made sophomore artist Reece Robson’s journey all the more challenging.

As an awkward middle schooler, Reece says he was slammed into a locker and called a transphobic slur. But he hasn’t let that stop him from discovering his identity. “I was genderfluid in sixth grade and then was fully out of the closet in eighth grade.”

It was around this time that he discovered art.

Not only was art an escape, but when he came out, art was a place where Reece was able to recognize what he wanted to look like. “I started to draw myself the way I wanted to look and made characters from there,” Robson explained.

Reece found peace in art and did not let his gender define his work. The creative process became  an outlet for his transition and issues with depression and anxiety.

With so much change in his life, art is “just the constant,” he said.

He hopes to become a character designer in the future. Hopefully, the challenges he has experienced will put him at an advantage, especially when it comes to inclusiveness of all sexualities and genders.

Graphic design has been an outlet he uses when times become especially tough. He said his goal with art isn’t to win anything but to gain independence and creative skills for the future.