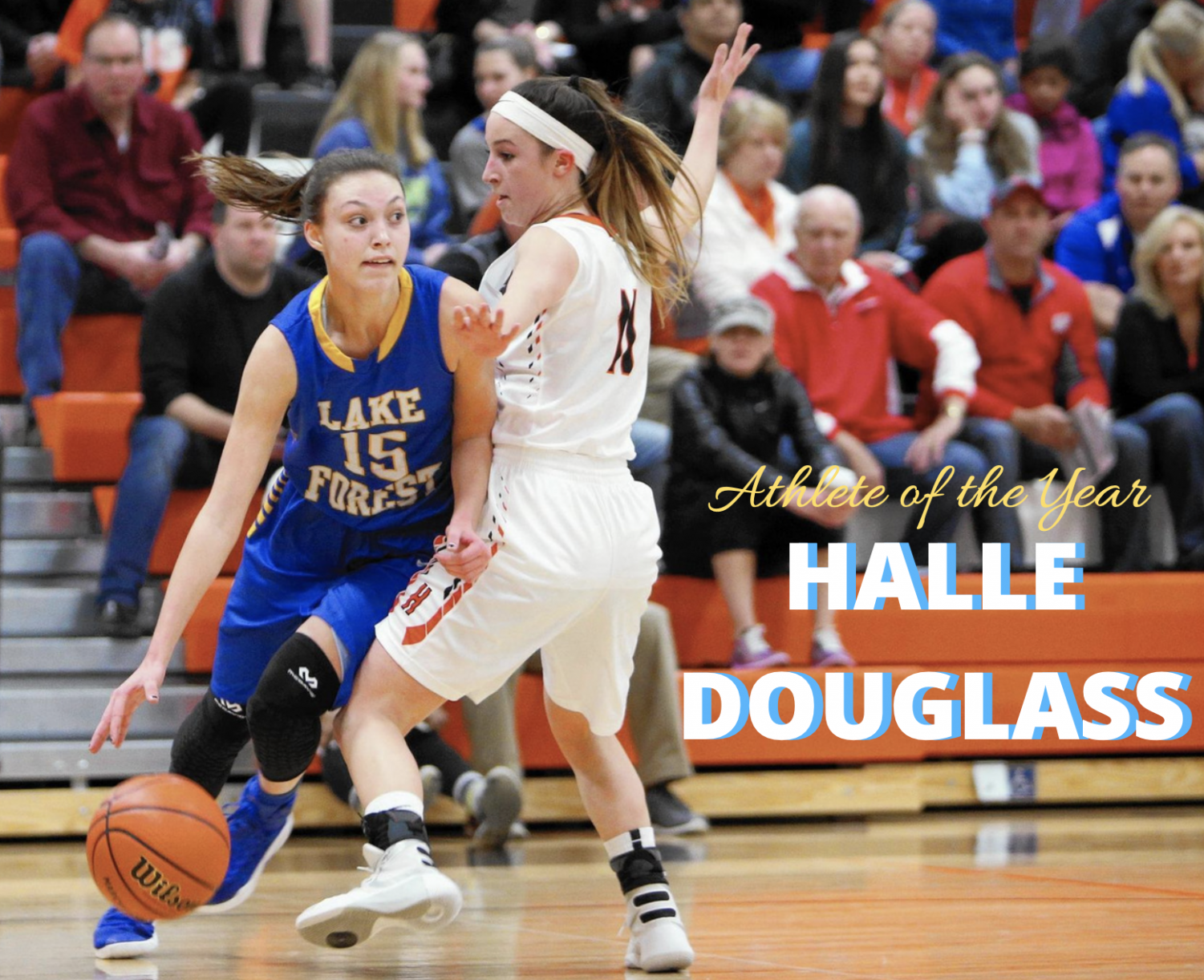 The Forest Scout’s 2020 Female Athlete of The Year: Halle Douglass

Greatness is something that many want to achieve but never get to it. There have been thousands of athletes who want to be the best at what they do and many of them fail.

Halle Douglass did not fail at achieving this.

Through her four-year Varsity career, Douglass broke nearly every major record for the Girls Basketball program at Lake Forest High School. She changed the landscape of the program.

Before Douglass, the Girls Basketball program had won 44 games over the previous four seasons. While that total isn’t horrible, it isn’t great. Over the next four years, the program has won 98 games, which isn’t good – it’s spectacular.

“Coaching Halle these past four years has been unbelievable,” said Girls Basketball Head Coach Kyle Wilhelm, “I have enjoyed watching her develop since she was in fourth grade and it was fun to watch her get better and better each year and continue to take on a bigger role. Nobody worked harder than her and no one has left a bigger mark on the program at Lake Forest High School.”

We could sit here and discuss numbers, stats, and individual awards all day when it comes to Halle Douglass. Everyone knows about that. What needs to be talked about more is her heart, her drive, and her ability to get the best out of her teammates. ”

We could sit here and discuss numbers, stats, and individual awards all day when it comes to Halle Douglass. Everyone knows about that. Everyone knows what kind of player she is.

What needs to be talked about more is her heart, her drive, and her ability to get the best out of her teammates.

You see, Halle Douglass is not a “me” player; she is a “team” player. Teammates and coaches have raved about her leadership, her drive to win at all costs and her constant support of her teammates to make them better at their jobs.

“Halle has helped me and our teammates over these past few years with not just basketball, but life in general,” said junior and fellow captain Molly Fisher, “She is someone who I have looked up to for a while and to be able to get to play with her was the greatest experience ever. She was an incredible leader on and off the court and I am going to miss her so much next year.

But the thing that makes her the complete player and the complete person has to be her heart. Case in point to this past season: In January, the Scouts were struggling. They had lost Fisher, guard Finola Summerville, and forward Olivia Witte to injury and they were playing inconsistent ball. Then Douglass broke her shooting wrist in a game against Hersey and it almost seemed that the Scouts were done.

But Douglass wasn’t done. She only missed one game from the injury and kept the Scouts at a consistent pace. They won some critical ballgames during the month and then finished the season on a four-game winning streak heading into the playoffs. Now healthy, Douglass led the Scouts into the Sectional title game for the second straight season before the team bowed out to Fremd.