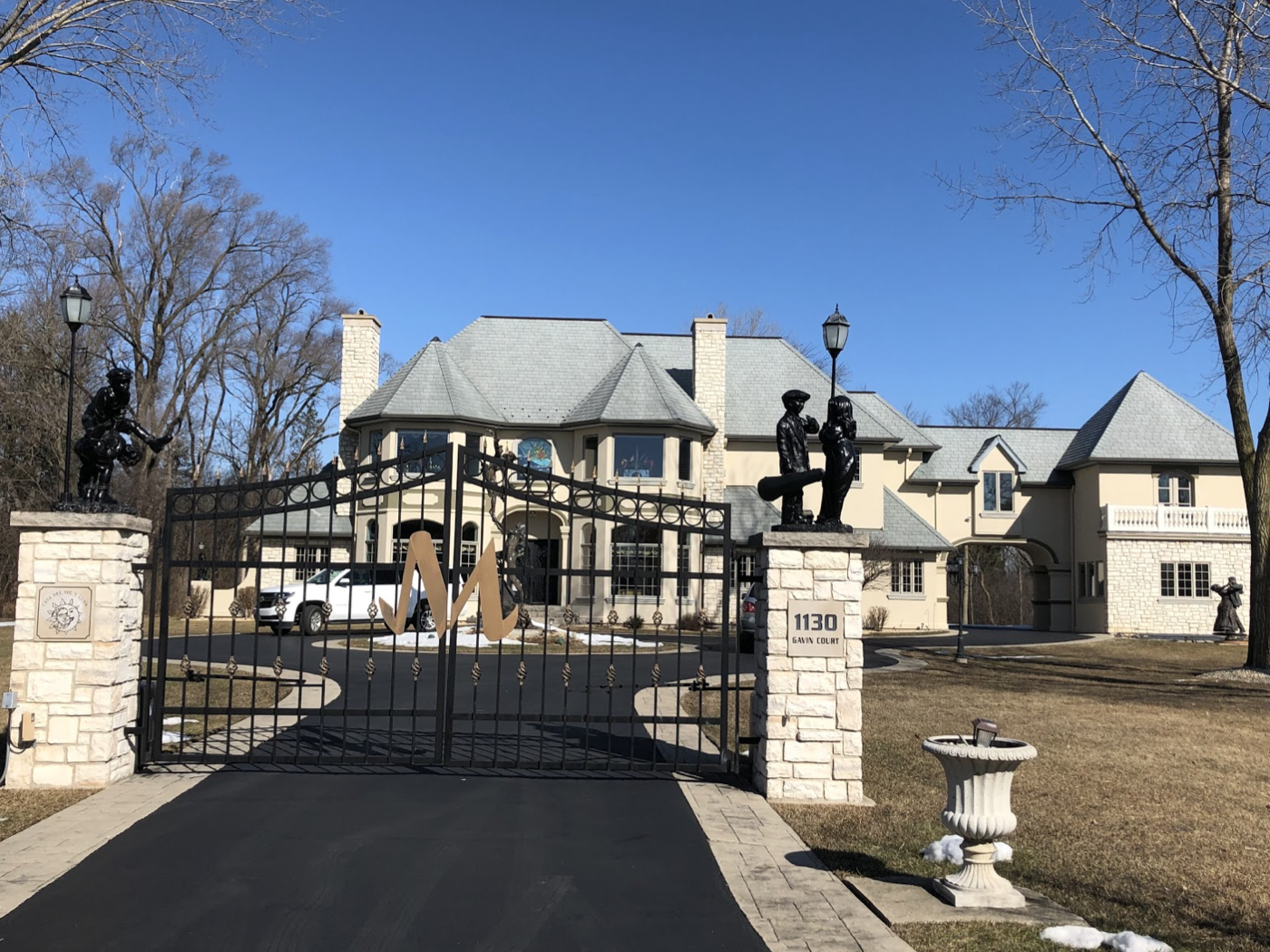 An Excursion Out to a Unique North Shore Home

When driving down Waukegan Road, you may notice a house with a monogrammed front gate and a lawn covered with statues near the west side of town. Even in an affluent town filled with extravagant houses, 1130 Gavin Court stands out among them all.

The house has six bedrooms and ten bathrooms, but they have been scarcely used. The owners of the house, Alfonso and Linda Mellijor, bought the house in December of 2003, but have never lived in the house for an extended period of time. Instead, they have transformed the house into a private art gallery, each room with its own theme.

The owners of the house originally wanted an art museum in Winthrop Harbor, but the town decided that they did not need an art museum and turned them down. They eventually stumbled upon 1130 Gavin Court, and decided to buy it and store the art they get from around the world in it.

However, after 17 years of traversing the world and collecting art, they have decided that now it is time to put the house on the market. They’re getting older, and would rather sell the house and pass that money down to their kids. However, they want to sell to a buyer who appreciates what they have done to the house. Although only the art fixtures that can’t be removed come with the house, the other art installations can be bought for a negotiable, separate price.

The house’s listing agent, Mr. Patrick Milhaupt, was generous enough to allow me to tour the house and admire its beauty in person.

I could write about every nook and cranny of this 9,721 square foot house. There was never a dull moment while looking around. However, there were some rooms and art installations that stood out among the rest and deserve to be highlighted. 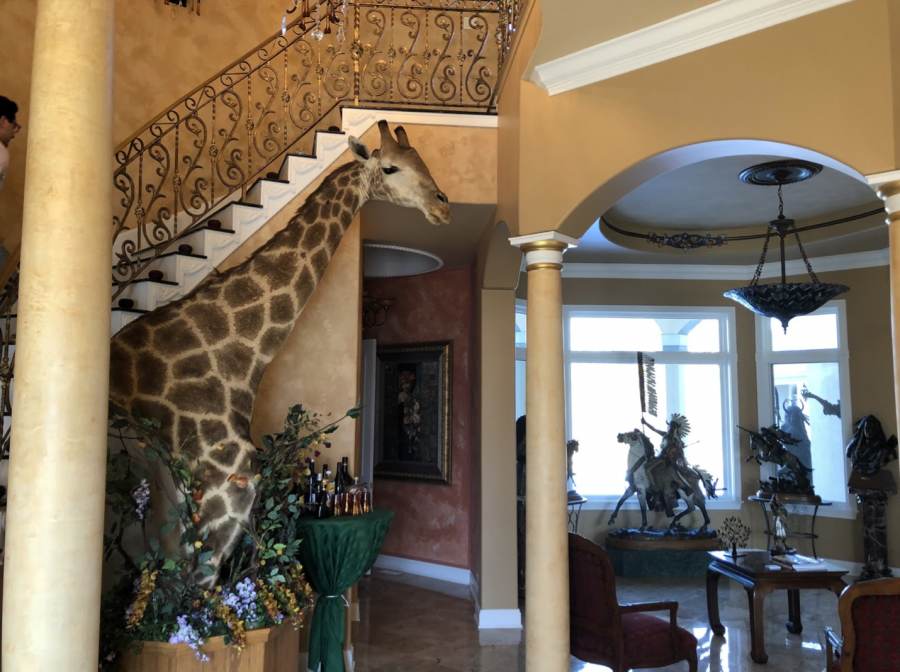 The first thing I saw when walking into the house was a taxidermied giraffe and Native American statues, which would set the tone for the rest of the tour. Alfonso Mellijor’s affinity for Native American culture is evident in many of the rooms in the house.

The giraffe was the first of many taxidermied animals I would see in the house. Nearly all of them were zoo animals that passed away. Mellijor refused to buy any animals that were killed by hunters. Two of the first taxidermied animals he bought were bear skin rugs from a trade show. However, it was made clear to him afterward that they were hunted animals because the bears had their claws, and all zoo animals are declawed to protect the zookeepers. He was horrified, and vowed from that point on to only buy deceased zoo animals.

Spirit of the West 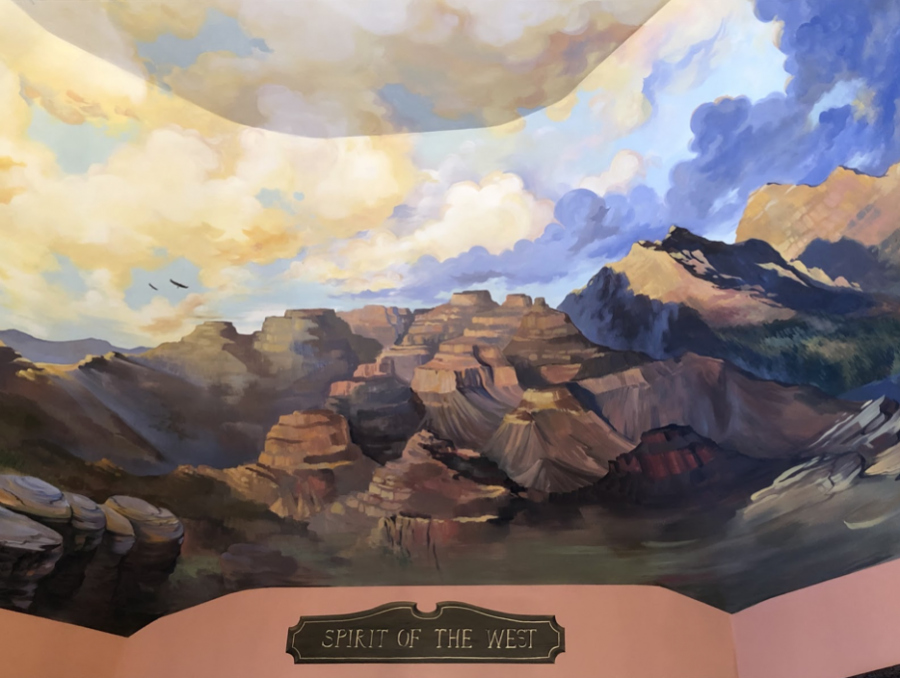 The Spirit of the West was my favorite artwork of the house. A mural painted above the master bedroom that displayed the American Southwest during the era of westward expansion, with pioneers trekking along the grass on one side while Native Americans watch from a distance. The landscape is very pretty and produces a calming feeling when gazed upon. Thankfully, the new owners of the house won’t have to negotiate to keep this art as it’s painted on the ceiling and can’t be removed. 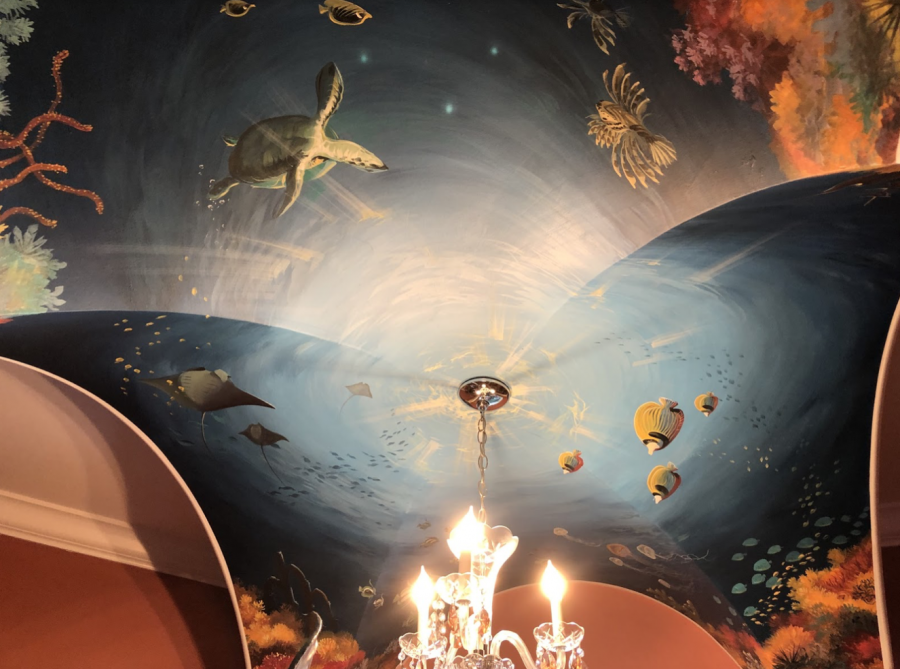 Speaking of murals, the one in the master bathroom is very fitting. It overlooks the tub, which is currently covered by a marble slab that holds the equally fitting oceanic-style glasswork. All of this intricately made glasswork comes from Venice, Italy. 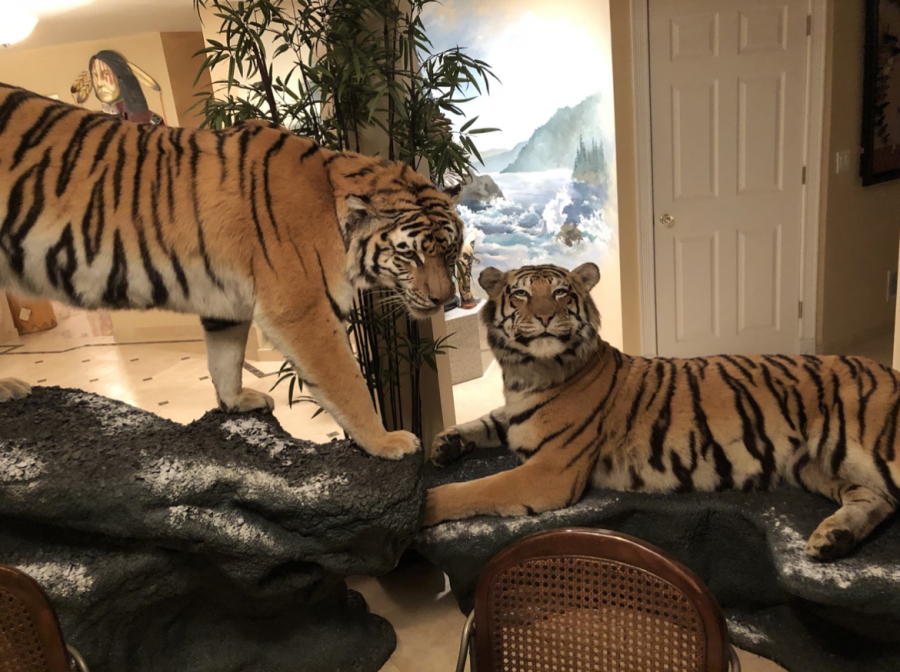 How many people do you know that can say that they are greeted by 2 taxidermied tigers when they walk into their basement? These beauties would make Joe Exotic himself jealous. They’ll be sure to make some unaware house guests hearts’ skip a beat.

This room in the basement further shows the owner’s love for Native American culture. I especially love the headdress displayed on top of the aforementioned bear skin rugs. These Native American artifacts were purchased at trade shows that Alfonso Mellijor has attended over the years.

Pictures of big cats hanging from the wall. Two massive elephant tusks. A brutally realistic taxidermy of a leopard feasting on a gazelle. If you hadn’t guessed already, this room has an Africa theme. Unfortunately, the lion skin rug, similar to the bear skin rugs, was from a hunted animal. It too was purchased before Mellijor knew that the claws on the animal or lack thereof were a tell to whether the animal was from the zoo or from the wild. 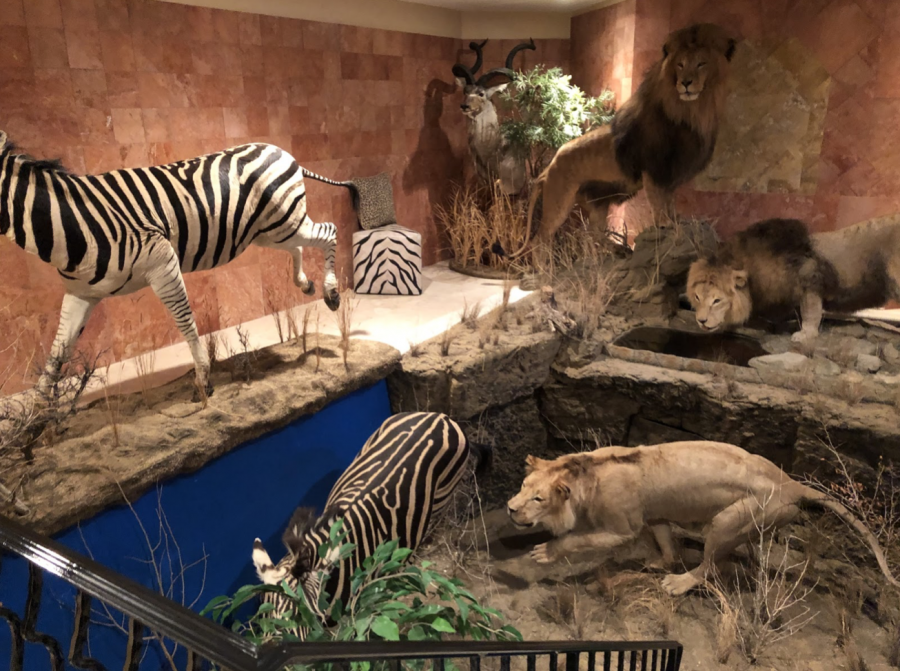 This house has an indoor pool. However, the owners drained it and turned it into a crocodile-infested watering hole for these lions and zebras. It is up to the next owner of the house to decide whether they want to pay to keep this decor or remove it and fill the pool back up.

I consider myself honored to have had the ability to admire the artwork that the owners have accumulated over the years. The house is currently on the market for $2,999,000, but the collection of statues, taxidermies, murals, and paintings is priceless.