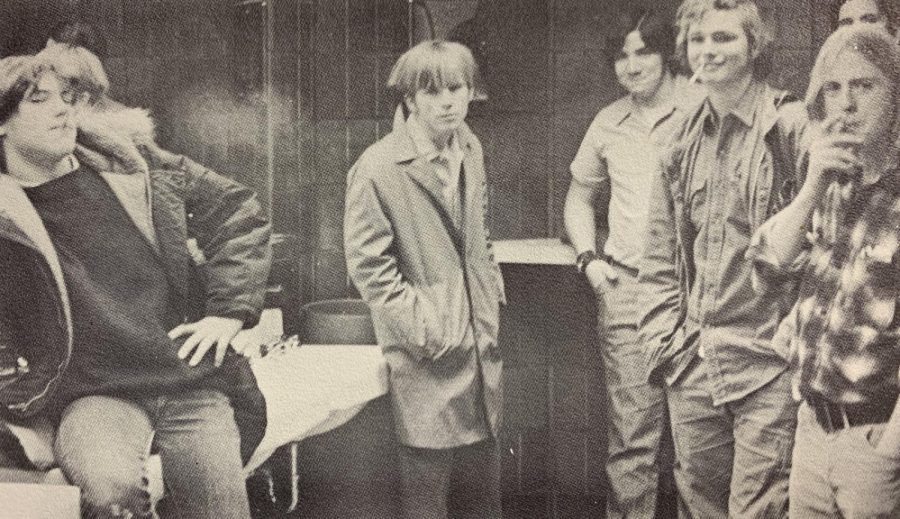 The smoking lounge was briefly shut down because students failed to keep it clean and the dean worried about marijuana smoke.

A look back at some TFS issues from 1971-1975 shows $4 prom tickets, a smoking lounge and the same complaints about school spirit

Nearly 50 years after graduating from LFHS, Sandy Roadcap, a former editor for The Forest Scout now living in California, came across a box of old articles in her attic.

“After some good laughs and amazement reminiscing through the collection, I wondered if today’s group might want any or all of them for an archive?” she asked in an email.

Soon a package arrived at The Forest Scout newsroom, along with a very kind letter. Roadcap provided some important historical context. When these pieces were written, students were attending both West and East Campus. Most students came from “big baby boom families” and the Vietnam War still lingered in everyone’s minds.

With this context in mind, here are the more noteworthy and humorous articles from from the 1971-1975 issues of TFS. 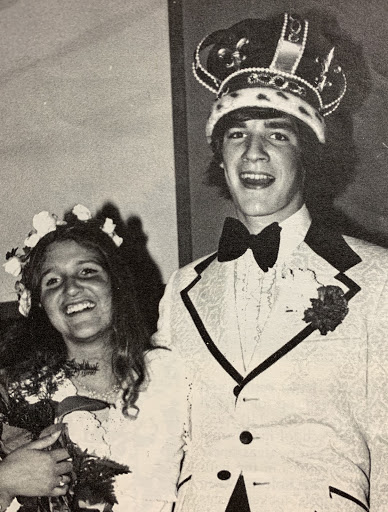 Back in the 70s, no student was complaining about the high prom prices, nor were juniors competing to see who could go to the most school events to win two free prom tickets. On Saturday, May 20, 1972, prom took place decorated in purple glory, with the night being coined, “Purple Haze.” 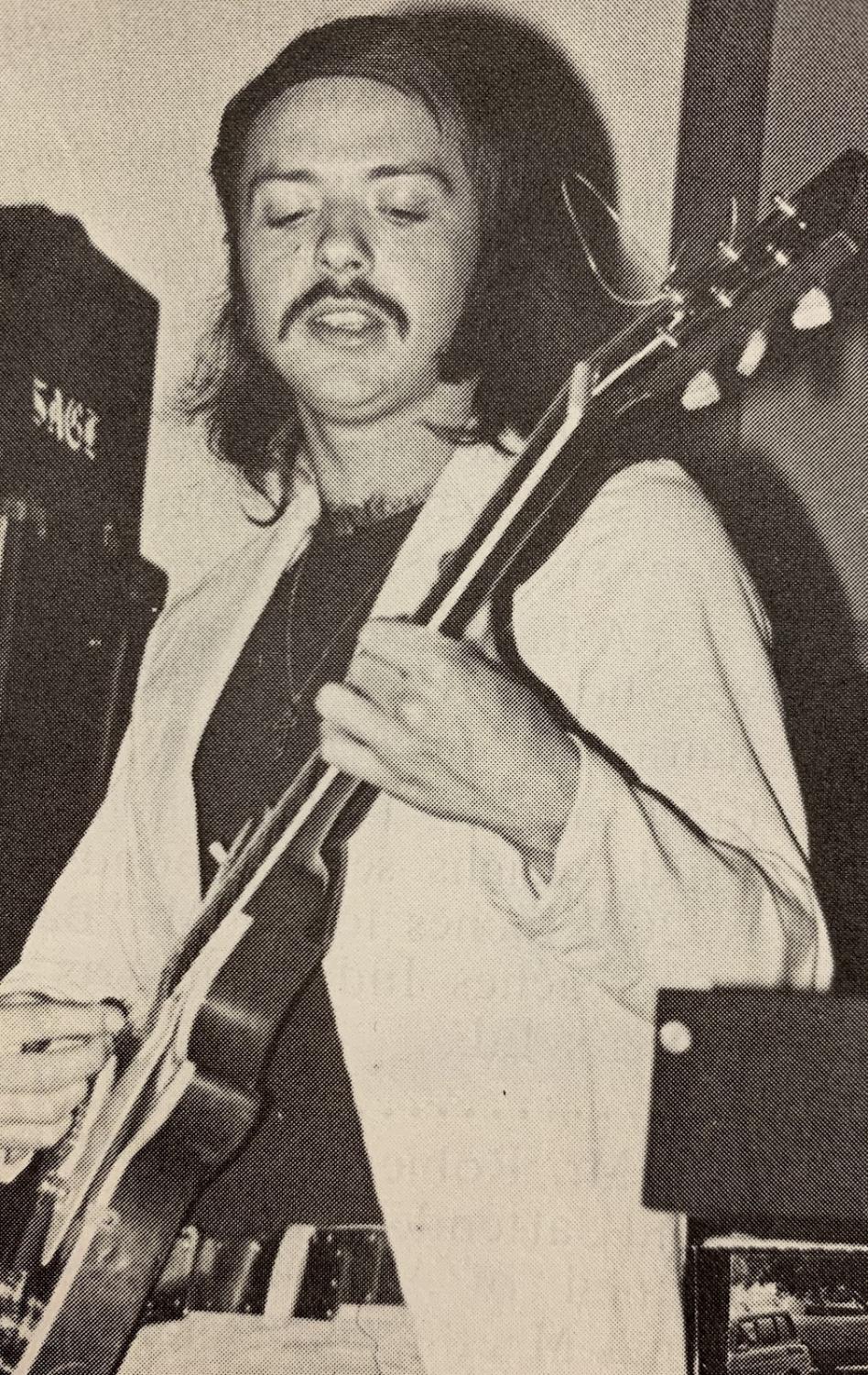 You and your friends would be preparing for a night out in the Gymnastics Gym, or the Field House, instead of going to a hotel in the city. The ticket to dance in the gym where you would normally be playing dodgeball was a mere $4 per couple.

The Post-Prom you would be attending would be at the Seven Eagles Restaurant in Des Plaines. The total expenses of both the prom and post-prom would only total up to $15 and return the following morning at 4:30 a.m. Then, the Post-Post-Prom you and all your friends had to attend would be a picnic at Lakewood at 10 a.m. in the morning with a possible band and other entertainment for students to enjoy. 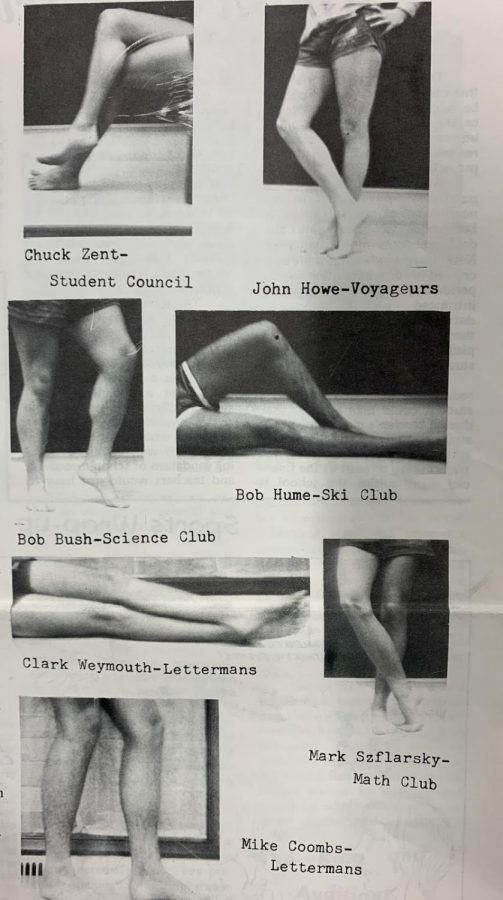 Students were asked to vote in the “best legs” competition.

One of the students by the name of Chuck Zent was a junior who wanted to raise awareness of multiple sclerosis, a disease of the central nervous system, in the school and the community. Zent started a competition among the school clubs, where one boy was chosen to represent their club for the handsomest legs.

The pictures of the boys’ legs were posted in that edition of The Forest Scout. Students were asked to place their vote on the ballot that was provided, ranging from legs from the Ski Club, Lettermans’ Club, and Student Council, to the East or West Campus Main Office. 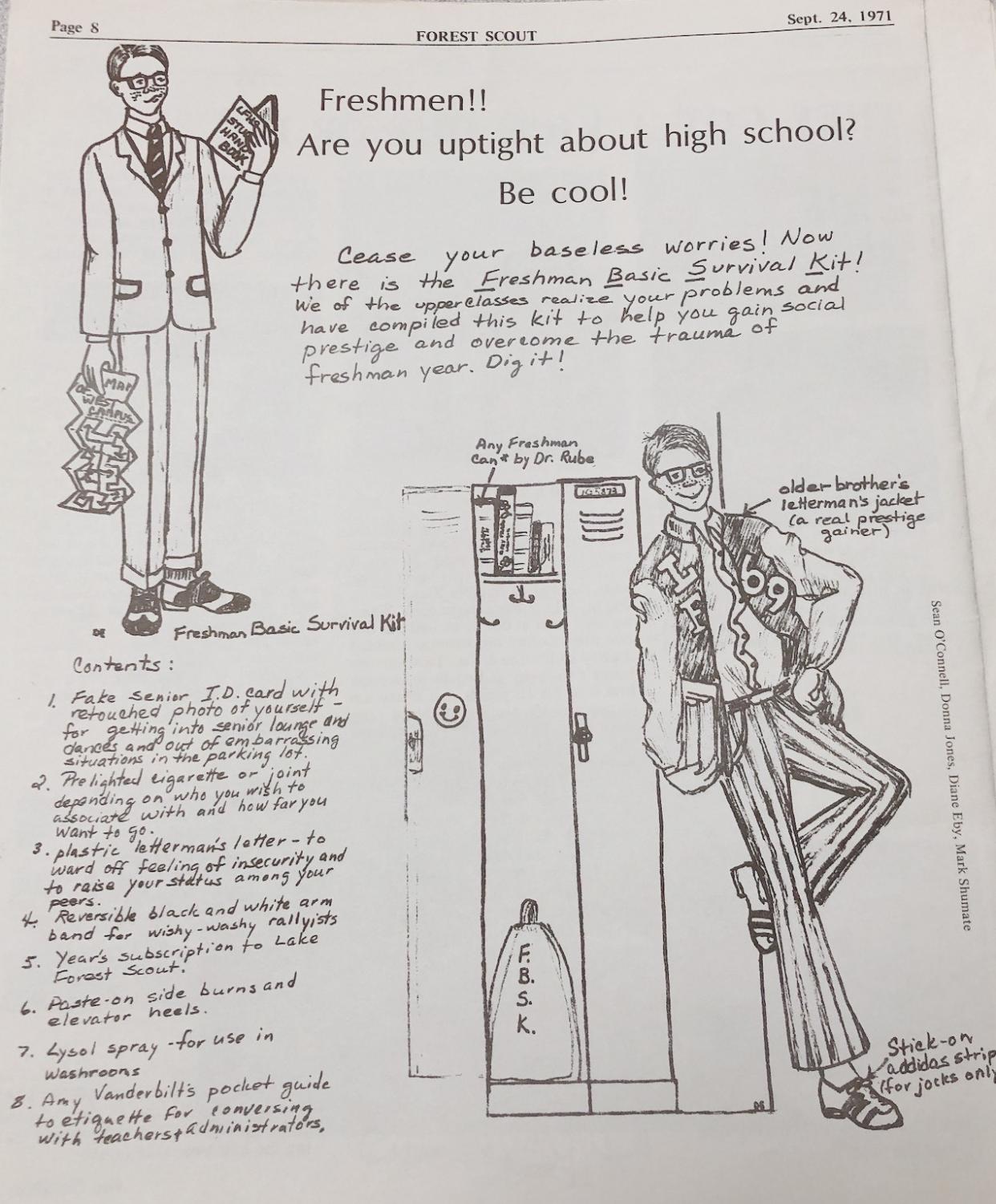 Pro Tips to Being A Cool Freshmen

Whether 1971 or 2019, freshmen seem to worry a lot about fitting in at high school. Luckily, an article in the Forest Scout in 1971, has some stellar tips on how freshmen could survive high school. For example, freshmen should make a fake senior I.D. card to get into the senior lounge.

The fake I.D. would also help to get out of embarrassing situations in the parking lot with upperclassmen. Some other tips included adding stick-on straps to your shoes to look like Adidas, using Amy Vanderbilt’s pocket guide to etiquette to appropriately converse with teachers, adding stick-on sideburns and elevator heels, using pre-lit cigarettes, and bringing Lysol spray for the bathroom. To eliminate all of your insecurities as a freshman though, you would need to wear your older brother’s letterman jacket to raise your status among your peers.

The usefulness of these tips today vary greatly, in fact, wearing a letterman’s jacket was actually known to be considerably dorky and weird for students in the late 1970s at Lake Forest High School. faking a senior I.D. most likely will not run well with Joel in the testing center when you need to make up your math test. Lastly, pre-lit cigarettes may attract not only some deans to question you, but it may add you to the statistics for those TruthOrange ads.

Cigarettes were not the Only Substance Smoked in the Smoking Lounge

The smoking lounge was briefly shut down because students failed to keep it clean and the dean worried about marijuana smoke.

Unlike the unofficial Juul rooms we have throughout the school in any given bathroom, back in the 70s, there was an actual smoking lounge for students. However, this smoking lounge on West Campus was closed for a brief period of time by the Dean of Students, Jack Crowley.

The lounge was eventually reopened, as long as the area was more under control. Additionally, the school knew students were still going to smoke, so they rather have the students smoke within a confined area.

Willy Wonka and the Chocolate Factory

Writer Steve Bindi wrote that Peter Ostrum’s performance as the character Charlie is “good only in small quantities.” However, we think the long-standing success of the film speaks for itself.

Alumnus Sandy Roadcap says “girls’ sports took a back seat to boys’ sports” in the 1970s.

Amy Sackett was the only girl on the Cross Country team in 1974. There were 25 other members on the team, all of whom are boys.

Although Sandy Roadcap refers to LFHS as “progressive,” she says that “girls’ sports took a back seat to boys’ sports.”

In 2019, the only cross country runner to reach State was female.

Bromide Gas is your Pass out of Gym Class

If you were a girl hoping to get out of your first day of class for PE, which was the swim unit, you were in luck. As you would enter the locker room at 12:30, the air would reek of a suffocating and thick smell. Quickly you would have been evacuated because of a gas leak from the bromide tank!

The problem was quickly solved after the Lake Forest Fire Department came to fix the leak within 10 minutes, but one student ended up at the Lake Forest Hospital. Lucky for you and a bunch of other students, afternoon PE classes were canceled for the rest of the day. Sadly, the PE classes would continue the next day despite the bittersweet miracle of the bromide gas leak. 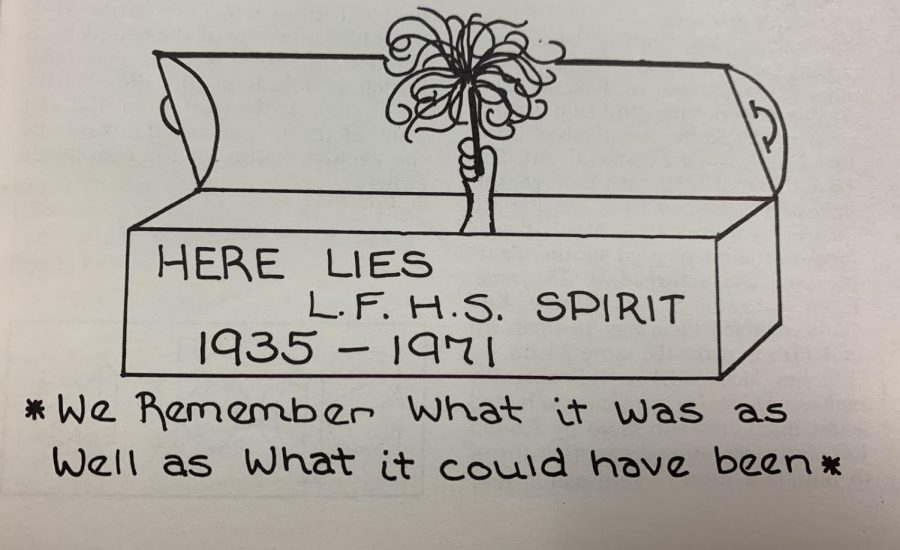 Like students in 2019, TFS editors in 1971 worried about declining school spirit.

It seems as though LFHS in 1973 struggled with their level as school spirit, just as LFHS does in 2019. They, too, were told that high school would be the best four years of their lives.

The homecoming dance had low attendance, just as it does now. In an article, “The Decline of School Dances,” Toni Langdon ‘72 says, “The spirit is gone. People just don’t think that it is the thing to do.”

Betsy Connolly, the writer of “Where Has All the Spirit Gone…”wrote that it was the civic duty of the student body to be more spirited; she argued that Lake Forest had provided them with an incredible high school that everyone should support.

Perhaps the students of today can take note of this mindset…