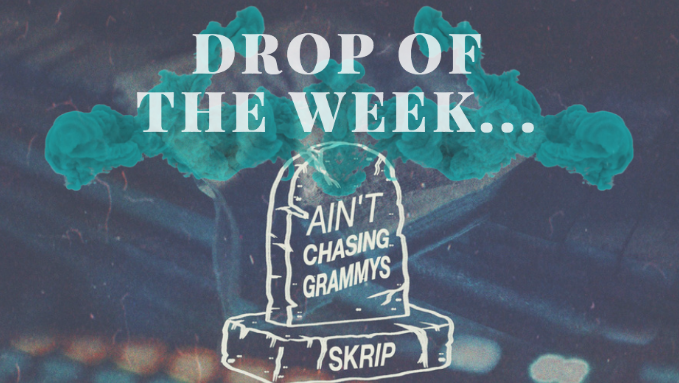 At the age of twelve, Chicago native Skrip released his first ever hip-hop track using just a 12 string guitar. With such a simple start to the rap game, no one expected him to gain the traction and influence that he has as an artist. Skrip built up a resume that included opening for several well known Chicago rappers, which helped him to connect with local and international producers/artists. Skrip honed his skills as a beatboxer early in his childhood, and with age came the move to producing. In 2007, Skrip dropped two instrumentals based off of music from the classic video game Final Fantasy VIII, which gained him mass popularity and soon led to his instrumental “Enemy Crush” to be featured on Battle of the Year 2007 soundtrack.

After offering his free album, The Unde_rscore, and his debut album, Became All Things, in 2011, he was welcomed to the Chicago rap community with open arms. After taking some time out of the rap game to become the breadwinner for his young family, raising a daughter and son is no easy task at your mother’s house, coming back into the rap spotlight, packing two new albums and many more to follow. Skrip’s debut album exposed his deep roots in the golden era of boom rap and pop, while also adding his own catchy hooks. While his growth as an artist can primarily be attributed to his songwriting abilities–and his skill as a producer–these two combinations made Skrip a must love in the Chicago area.

“Ain’t Chasing Grammys” is an EP that the Chicago artist released in 2018 to many fans’ surprise. Now, to an average person this wouldn’t have raised any questions, but to fans who know what makes this artist so popular is his stealthy presence in the rap game. Only releasing a few EP and project tracks with other artists since 2011, Skrip releases enough songs to keep him in the loop of the game but, because of the talent that this artist packs, it easily makes it worth the wait.

This single comes in with a voice recording of another local artist, Zanti, congratulating him on his recent success in changing the rap/pop genre. Following the slightly emotional phone call comes the hard-hitting chorus. The echoing and powerful voice of Skrip shows the talent he has, not only as a rapper, but also a vocalist. Through each verse, he expresses his ability to keep on that grind and the work he has put into making it this far as a local Chicago artist. The truth can’t be missed when heard, and after listening to this upbeat, bass-packed EP, you can really tell that Skrip is ready to release some new projects in the near future.