Veterans Day Tribute: A Story of Thanks 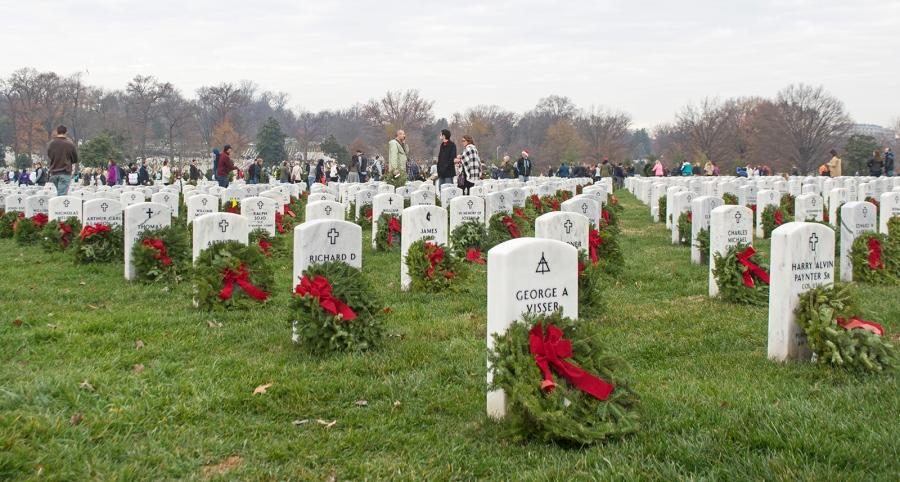 The following essay was awarded 1st place by the Lake Forest/Lake Bluff American Legion in their Veterans Day essay contest.

“A hero is someone who has given his or her life to something bigger than oneself.”

Sometimes it can be hard to stop and recognize something now-a-days. Whether it is wild fires in California, political protests across the country, or tsunamis battering the nation, it’s hard for individuals and families to take a moment to get away from the constant worry and stimulation of information throughout our day. But there is always one day a year that, no matter what else is happening in the world, unites the country and encourages people to put aside their differences in the name of honor.

Veterans Day is the one day a year that people are able to celebrate the sacrifice and honor that our nation’s veterans have laid down for all of us. Growing up in this day and age has exposed me to a lot of fighting over differences: disagreements regarding race, religion, or immigration. Veterans are people who put those differences aside for something much bigger than me, bigger than you, bigger than all of us. They put their rights and feelings aside to protect their country. On Veterans Day, everyone comes together to celebrate and honor the sacrifice that these men and women endured to secure the future of all the United States’ people.

Let me take you back 78 years to the start of WW2, or back 67 years to the start of the Korean War, or maybe even back 62 years to the Vietnam War. Imagine yourself in this time period, facing things you never thought you would have had to in your lifetime, but your country needed you. How do all these wars connect together? They connect by the sole fact that in every war the United States has participated in, there was always veterans. Those who served and survived, and those who weren’t blessed to make it home to see their loved ones ever again. Each war boasts people who saw a problem that affected the way of life of their loved ones and the people around them, so they rose to the occasion to defend the American way. Be it WW2, the Korean War, Vietnam, the Gulf War, or even the War on Terror in Afghanistan, all of these wars share the simple fact that men and women who believed they could make a difference in the world gave up their own freedom to ensure ours.

Not only is Veterans Day a day for celebrating the men and women who have defended –and are currently defending–the freedoms of every American, but also their families. I personally have never had to deal with the hardships of a loved one or parent going to war, but just attempting to begin to comprehend the idea of that seems to out of my own emotional capabilities. Imagine yourself as a wife, husband, father, or even a daughter going each day wondering if that loved one is going to be okay and survive that day. Veterans Day celebrates the pressure and stress that these families have dealt with and are continue to deal with without the deserved fanfare. It’s time for those stresses and pressures to disappear; it’s time to hear the appreciation and gratitude that everyone in not just this community, but every community around the country, feels for you.

Every year I help my family friends, the Barriers, distribute and lie christmas wreaths on veterans’ graves inside Fort Sheridan. Every year we make the wreaths and lay them on the graves of these brave men and women who have served for our country. There was one year–and one particular experience–that has stuck with me and changed my view on Veterans Day.

It was a cold fall morning, the frost hadn’t event left the ground yet, and we were already up laying down christmas wreaths for some of the families of fallen veterans.

I was laying down a row a wreaths and just after finishing the third gravestone in the row, an old man approached me. His army hat, indicating he was a veteran himself, was full of badges and medals from whichever war he had served in.

He said to me simply “Thank you.”

I stood there, puzzled for a second, and asked why he was thanking me, and, as Veterans often do, he began to tell me a story. It was the story of his brother, a man who had joined the Army as a young man just like himself. The story of losing his younger brother to war was hauntingly painful. So in that moment, he was simply thanking me for laying a christmas wreath on his dead brother’s grave because it meant the world to him; it showed him that the sacrifice that he paid, and ultimately his brother paid as well, wasn’t going to be unrecognized, but rather honored by the people it served. After thanking me and exchanging a few words, the old man walked away and I never saw him again. This happened a few years ago and ever since that experience I’ve wanted to find out this man’s name, not just to hear more stories, but to thank him.