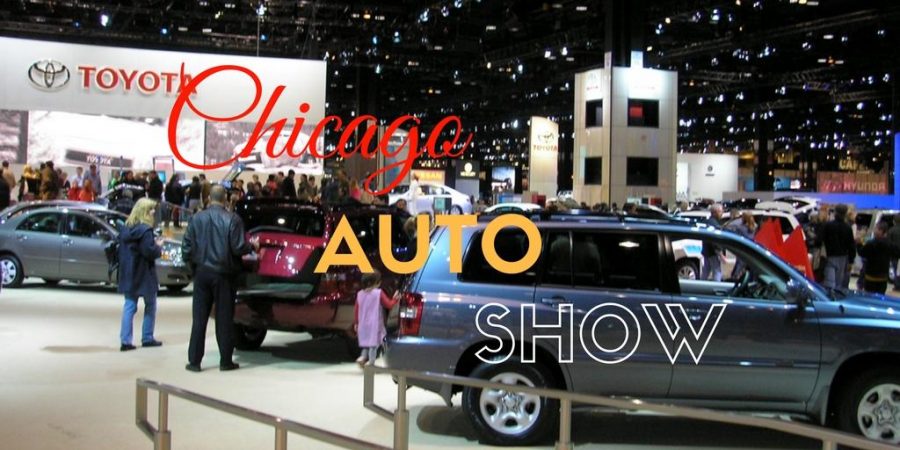 Take a step onto the show floor, the music is blasting, the cars are shining and the buzz of excited car enthusiasts is in the air. The smell of fresh tires and clean interiors lingered in the air as I walked into the McCormick center, excited to see the new cars and technology, I eagerly walked up the marble stairs.

The event first started in 1901, and up to present day it has been the most sought after auto event in North America. It continues to be one of the most anticipated and hyped auto events that attends Chicago, and with over 1 million attendees, it continues to keep its reputation as a great show for car fans and families. The Chicago Auto Trade Association (CATA), which has been in charge of organizing the event since 1935, continued to keep the fun and excitement alive at this year’s Auto Show. In 2008, it marked the 100th anniversary of the event and, to this day, it has been recognized as the longest running Auto Show in the world.

Due to the sheer size of the event, several Auto Manufacturers such as Toyota, FCA US, Jeep, Dodge and Mercedes have included indoor test tracks to show off their cars and let the customer have an experience of what it’s like to drive their car. With the press day being on February 9th, the amazing experience was open to the public from February 11-20.

This year the auto show came out as strong as ever. Some of the most highlighted previews were Alfa Romeo, Subaru, Volkswagen, and Mercedes. While there were big names that had a great show floor, there were some let downs. For example, Porsche, while widely known for their class yet sporty feel,  their 2017 Auto Show performance seemed to only focus on the Cayenne, Macan, and Panamera. Another major brand that’s show floor seemed to be sub-par was BMW. Although they weren’t introducing any new concepts, they seemed to only want to promote the i8, i3, and 5 series.