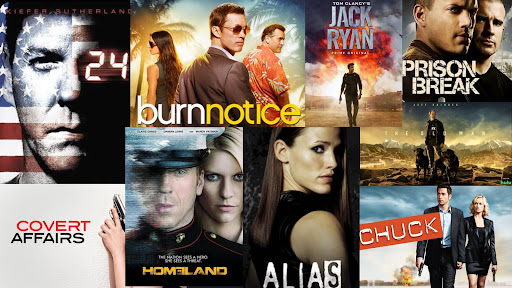 These days, good action shows are hard to come by. I find myself constantly struggling to find a binge-worthy thriller series. Perhaps you too are a fellow action lover encountering this dilemma, or maybe you’re new to the action genre and curious about what’s there. Do not worry, I am here to provide you with my top ten action show recommendations. Each series presents a unique style, and compelling characters, and provides an optimal entertainment experience.
10. Chuck 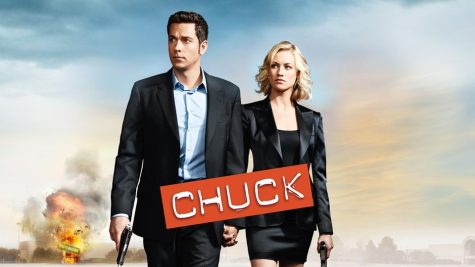 If you’re an action lover, but prefer shows with less blood and violence, Chuck is a great alternative for you. The show begins when an employee of Buy More, an electronics chain store, Chuck Bartowski, receives an email from an old friend who works for the CIA. This email embeds the only existing copy of a top-secret computer program into Chuck’s brain. Chuck transforms into the ultimate secret agent, leading the NSA and CIA to send him on dangerous covert missions supervised by his handlers, Sarah Walker and John Casey. Chuck works to manage his double life, as a tech-repair guy by day and a spy by night, all while overcoming his risk-averse nature. While the whole premise of the show is completely unrealistic it makes for an interesting watch. Chuck delivers a less serious, yet still entertaining spy series that’s perfect for relaxed viewing!
9. The Old Man 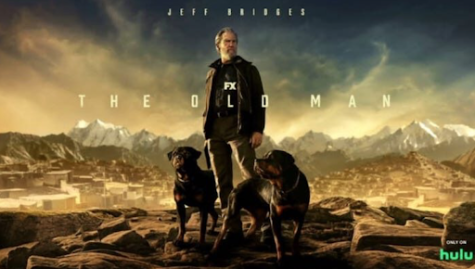 The Old Man, a brand new series that premiered in June 2022, centers around a former CIA officer, Dan Chase, who is living off the radar with his two dogs in Vermont. Things quickly change for Dan who must revert back to using skills he acquired years ago while working for the Company in order to avoid a team of deadly assassins sent to terminate him. From that point forward Dan is pulled back into his past as he seeks to discover the reason for his termination order and determine who was behind its issuance. As the story unfolds, Dan’s daughter and other people around him are drawn into a web of treachery, revenge, and betrayal that seems to follow his every move. The thrill of the chase and the suspense of not knowing what comes next keeps the series exciting. The Old Man is a fantastic series for anyone who enjoys a quick-paced thriller. Due to it being a new show, only seven episodes have been released, but there’s the promise of more to come with a second season already confirmed!
8. Alias 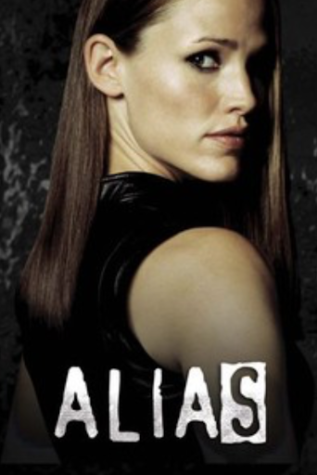 Alias stars Jennifer Garner, who plays Sydney Bristow, a double agent spying on behalf of the CIA. This show is definitely on the darker side of action, it’s filled with mystery and corruption. Alias involves betrayal and redemption, personally and professionally. The show presents so many intriguing plot twists and turns, you will never be quite sure of what is real or deceitful. If you enjoy spy shows with more of an ominous tone this one will definitely keep you entertained. I highly recommend it, especially if you’re a fan of seeing a strong, confident, smart woman portrayed as the story’s main protagonist. While Alias’s storyline can be far-fetched at times, it is quite entertaining and includes countless disguises and frequent travel abroad. 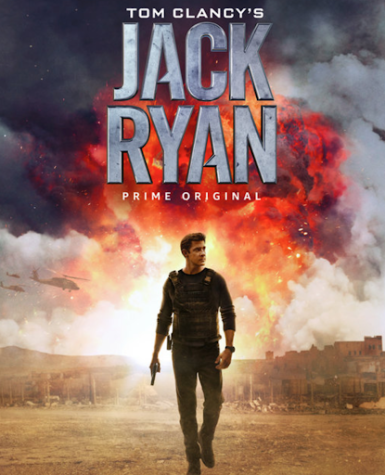 Jack Ryan is an acclaimed action series, with strong political implications and undertones. The series features John Krasinski as Jack Ryan, a former marine veteran and current financial analyst working for the CIA. In the first season, Jack Ryan is thrust into the field and forced to abandon his secure desk job after he uncovers suspicious bank transactions. This assignment leads him into the center of a high-stakes pursuit against a nefarious terrorist and his international terror organization. Throughout the series, we see Jack as he acclimates to his new life as an active agent, while still attempting to adhere to his strict moral compass. This show delivers an engaging thriller, with a stellar main lead who possesses depth, intelligence, and moral character. 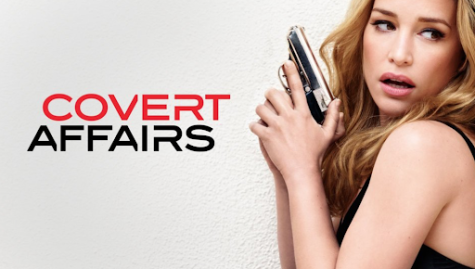 Covert Affairs centers around star CIA operative Annie Walker, who works alongside her colleague, Auggie Anderson, to carry out covert assignments while also battling the CIA’s internal corruption. Covert Affairs has more of an international espionage feel than most action shows, as the main character is constantly assigned missions all over the globe, from London to Sri Lanka. The show is highly engaging and filmed in a way that makes you feel as if you’re right there alongside the characters while the action unfolds. Annie Walker is portrayed as a “get it done” kind of agent, who has to think and act outside of the box in order to successfully complete her missions. Covert Affairs is suspenseful, and creative, with well-developed and likable characters. Although the series starts slower than most action shows it quickly picks up and the excitement begins!
5. The Unit 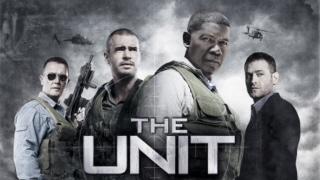 If you’re into military action TV, The Unit is a great option! The show revolves around a unit of special forces members and was inspired by a real-life unit, the Delta Force. The group of soldiers that comprise The Unit: Blane, Brown, Gerhardt, and Colonel Ryan are unsung heroes, carrying out covert missions on all ends of the Earth to counter-terrorism and America’s legion of enemies. Each member of the team plays a unique role and has his own distinct personality and set of skills, but the overall collaboration of the men in The Unit is what makes the show so interesting. Not only does the show cover what happens when The Unit members are on duty, but it simultaneously reveals the drama in their personal lives. Overall The Unit is a fantastic show and offers insight into the lifestyle of special forces members and other military personnel while delivering a fast-paced, adventurous storyline.
4. Prison Break 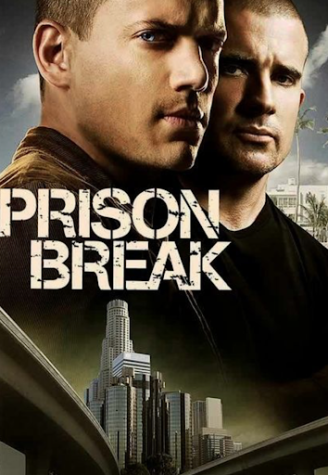 Prison Break is one of the most thrilling and unique action shows I’ve ever come across. The plotline centers around a brilliant engineer, Michael Scofield, who inserts himself as a prisoner in a prison he designed, to rescue his falsely accused brother from death row. Along the way, Michael executes his plan, forms alliances, and encounters danger at every turn. He faces countless challenges from the violent prisoners, to corrupt guards, equipped with nothing more than his quick wit and intelligence to ensure he and his brother make it out alive. The outstanding quality of the show is reflected by its 4.9-star Google audience review. In fact, the show was so influential that many prisons banned it for fear it would inspire prisoners to try and escape. 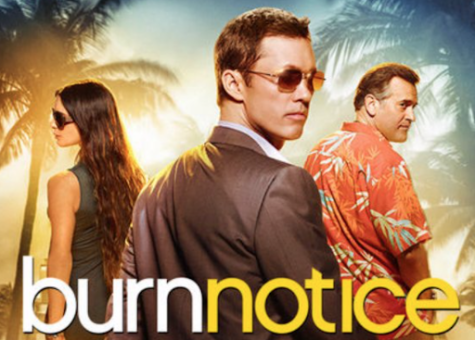 If you’re looking for an action series that is more on the fun, lighthearted side, Burn Notice is the perfect pick! The six-season series takes place in the bright, lively city of Miami, and focuses on a disavowed CIA spy, Michael Weston, who has just been issued a “burn notice.” Alongside his former Navy Seal friend Sam Axe and love interest Fiona, Michael hatches clever plans to outwit and out-gun all sorts of criminals while they attempt to unravel the reasons and people responsible for issuing Michael’s Burn Notice. Each season is better than the last, with never a dull moment. The show is the perfect combination of action intertwined with humor and fun. 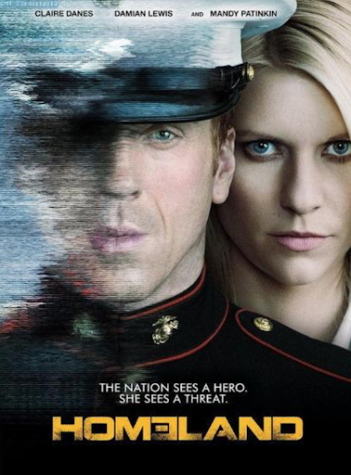 2. Homeland
Homeland is an espionage thriller, with a strong political theme. It stars bold, well-developed characters all throughout its eight seasons. The show’s lead protagonist is Carrie Mathison, an intelligence officer working on behalf of the CIA. The first season of Homeland unfolds when a Marine sniper, Sergeant Nicholas Brody, is discovered in Afghanistan after eight years of being held hostage by terrorists. Following his return to America, Sgt. Brody is hailed as a hero and soon after elected to Congress. However, Carrie becomes increasingly suspicious of Brody’s true nature and motives. The stream of plot twists and new revelations throughout the show never ceases to surprise. One brilliant aspect of Homeland is how well it manages to accurately parallel its storyline with real-life events as they are actually unfolding on an international stage. The main point of differentiation between this show and many other actions shows is that Homeland doesn’t glorify the main characters, but rather illustrates how heroes, too, are often deeply flawed individuals. This show is the epitome of a cinematic masterpiece and will never fail to keep you captivated and wondering what will transpire next.
1. 24 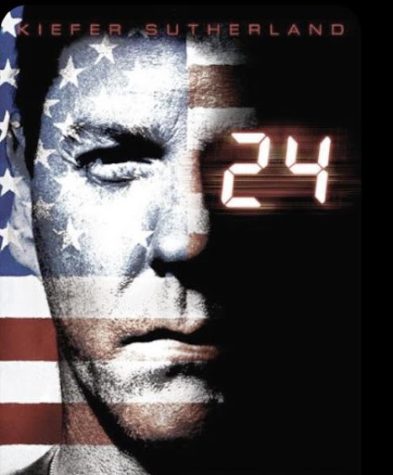 Finally…what I consider to be the greatest action show of all time: 24! Everything about this series is impeccable. The captivating plots are filled with never-ending twists that create constant suspense. This show goes above and beyond to deliver a thrilling action-packed series full of nonstop chaos. The plotline revolves around one main character, the ultimate hero: Jack Bauer, an employee of the Los Angeles Counter Terrorist Unit. The number 24 holds much importance within the structure of the show. Every season contains 24 episodes, each hour-long episode, designed to represent 24 hours in a single day. Throughout each season, Jack Bauer faces a high-stakes emergency: the kidnapping of a president, a nuclear bomb threat, the release of a bioweapon, and more – all of which must be averted before time runs out. As the day goes on Bauer finds himself immersed in chaos, facing a mountain of obstacles, all while surrounded by incompetent colleagues and duplicitous politicians. Bauer must, therefore, rely on his own cunning and unique skill set to combat the terrorist threats. This show will have you in a constant state of anticipation and surprise wondering if Bauer will make it in time. Just as you think a crisis has finally been resolved, a new conflict quickly arises, sending Bauer on brand new missions.