But will it matter to the students? 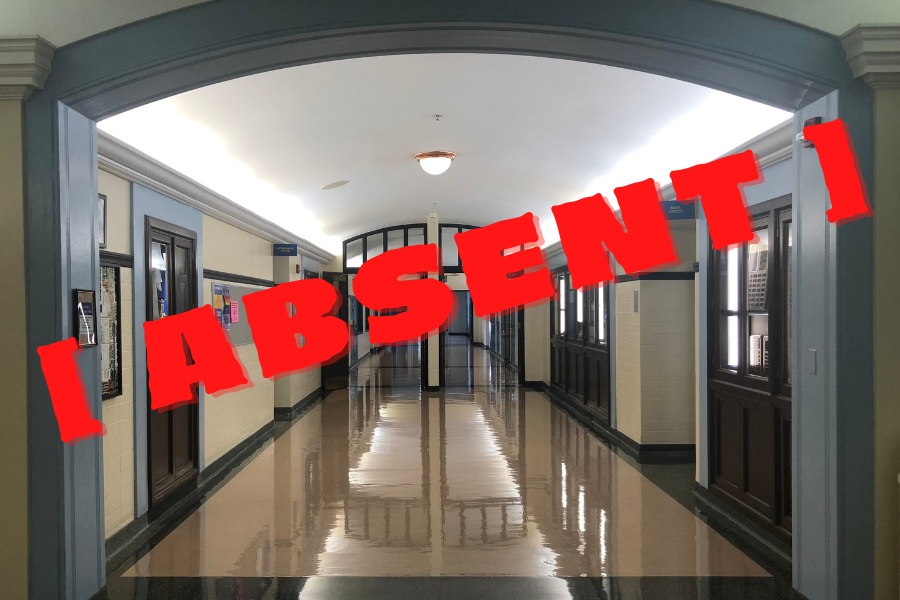 The Deans’ Office recently outlined its new attendance and detention policies, which have many teachers in support but many students frustrated.

“It’s something the teachers have wanted for a long time,” said Dean Mrs. Laura Clegg.

What they settled on is similar to the 2019-20 school year’s policy (which was dissolved during the pandemic), but with several heightened consequences. While attendance and tardy limits remained the same, there were three new consequences implemented:

After one unexcused absence, a student will get a 30-minute detention. With more absences, the consequence becomes more severe.
All detentions must be completed within 24 hours.
Failure to complete detentions will result in ‘social probation’; that is, students will no longer be able to participate in after-school activities or school events.

“This came out of something called SIIP – the school improvement and innovation plan,” said English teacher Mr. Peter Lubliner, a member of the SIIP team. “We asked faculty and administrators the question, ‘What would you improve in this school?’ Attendance was one of the top three things from the educators in the building.”

It was a long time coming, he said.

“We spent years begging students to come to class,” said Lubiner. “There was a carrot.”

Now, it seems, comes the stick.

“There are so many reasons why regular attendance is important, both from the development of the student but also from the development of the classroom community,” said Lubliner. “Also, it goes into areas like social-emotional wellness. When kids aren’t in class and they’re missing things, it pushes their level of anxieties up, and it then makes repetitive behaviors in terms of avoidance, and then you get into this cycle, and not only is it bad for student learning, but the amount of pressure it puts on a student is immense.”

“To have structure around us, to understand what the rules are, I think makes us feel safer,” he said. “I think when we don’t have rules, and when we have to make decisions based on whatever the pressures are of the moment, I think that leads to increased anxieties, poor decision-making.”

In addition, faculty seem to agree that unexcused absences should never be normalized.

“Should you really ever miss something unexcused?” asked LFHS Dean Mr. Frank Lesniak. “You shouldn’t.”

Lubliner joked that he would lose his job if students don’t show up, but he added that unexcused absences send a “bad message.”

“I think the idea that students would not be in class, and that we would allow that, sends a bad message of what we’re doing here in terms of community, in terms of learning, and in terms of social welfare for kids,” he said. “It doesn’t serve students moving into the future.”

So far, it seems to be working, according to Lubliner.

“We’re already way down on the first couple days of [unexcused absences],” said Lubliner. “The data is really early on, but I actually think that it will get better as the year goes on. Cuts are right from the beginning of the year.”

With the new policy, students have 24 hours to complete the consequence or will be moved to social probation, a move the deans say will affect a very small number of students.

Many students say they support improved attendance, but the move is too much too fast.

Others think that the policies aren’t really addressing the true issues.

“I think that it’s not just too harsh; it’s not actually solving the problem,” said junior Ana Dollard. “I think we need to fix the root of the problem before we fix the effects of the problem. It’s more of a societal problem. People just don’t value school as much as they used to, and I think that changed because of the pandemic, but we also need to work on making kids more passionate about learning.”

In addition, other students worry about the effects on student mental health.

Some students worry the policy change will be especially hard on students with mental health issues; however, the deans stressed that students who visit the social workers or counselors are likely to be marked excused.

Senior Tally Feingold thinks a blanket policy is not quite fair to hard working students.

“I think if a student is diligent, they work hard, they have good grades, and they’re keeping up with the work at school,” said senior Tally Feingold, “then the attendance policy shouldn’t affect them in the same way it affects other students.”