Say The Pledge With Pride 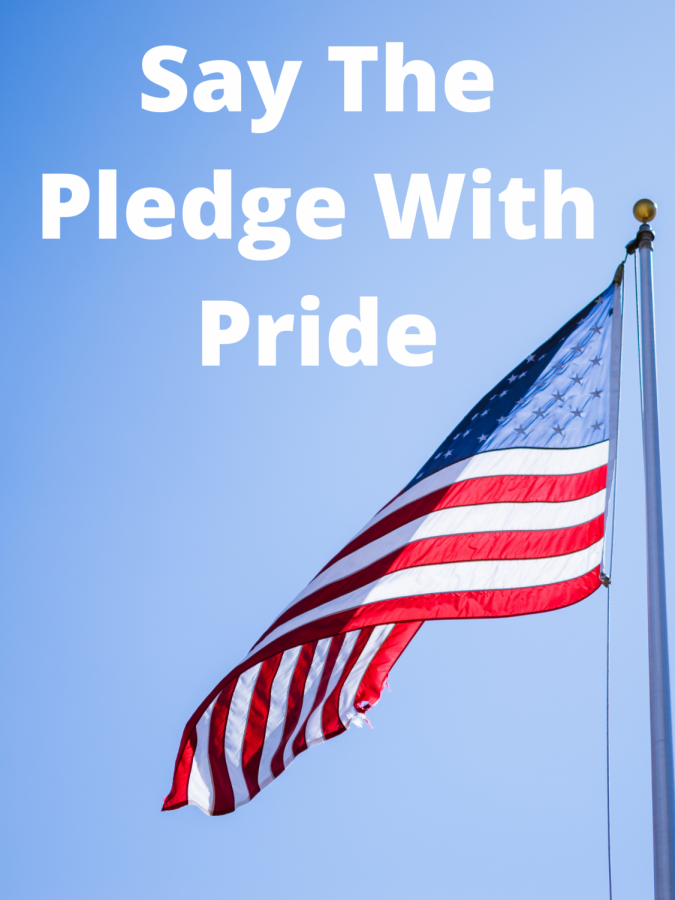 Students and faculty are supposed to start each school day the same way. The morning announcements will come on, informing the Scouts of any upcoming events, senior days, and then, most importantly, the Pledge of Allegiance.

In the Pledge, the Scouts must repeat a patriotic vow to their loyalty for the United States and the principles of a representative government. Although it may sound strange, it’s a normal part of American culture in public schools. Most students in the United States probably have it memorized, whether they like it or not.

I remember my Freshman year, everyone in my first period class would stand and say the Pledge of Allegiance. Two years and one pandemic later, it seems like students are dead silent during the Pledge.

Students stand up and often place their hands on their hearts, but barely anyone actually verbally expresses the Pledge; and it’s not just my first period class.

“It’s kind of strange how no one says the Pledge anymore,” said junior Reagan Fisch. “In my first period class everyone just stands there and it’s really awkward.”

I’m not sure why this trend started. Maybe people are just a little quiet or more shy post pandemic, or maybe some people just aren’t comfortable saying it.  It doesn’t seem to be a based on political reasons or to protest anything, but simply rather because no one wants to be the first to speak up and say it.

Saying the Pledge of Allegiance is actually a law in public schools in Illinois. So, participation in the Pledge is expected in school.

Additionally, the Pledge matters because it’s keeping up with tradition and honoring our nation. It was written in 1892 by minister Francis Bellamy, and kids in schools have been reciting the Pledge since its inception. Over time the Pledge has been tweaked to words we say we today.

I tried telling myself it wasn’t a big deal; however, after some consideration, not saying the Pledge of Allegiance is extremely strange.  This topic has been on my mind for weeks, and I am just starting to build up the courage to bring the Pledge back to my first period class.

It’s quite intimidating to be the only person to speak out in a soundless classroom, but it’s important that members of LFHS start saying the Pledge of Allegiance again, and with pride.

It may seem like no big deal, but saying the Pledge is important because it’s a large part of American culture, and it gives people a reminder not to take their freedoms for granted.

Of course, people may opt out of saying the Pledge for political objections or personal reasons. At the end of the day, one should not be forced into saying it. However, the Pledge does not have to be political. It’s simply something all Americans should view as positive and patriotic.

It may seem strange to start every morning with a Pledge, but it’s important to keep up with tradition and to remember how lucky we are to live in America.