Leicester City: We Were Once Champions 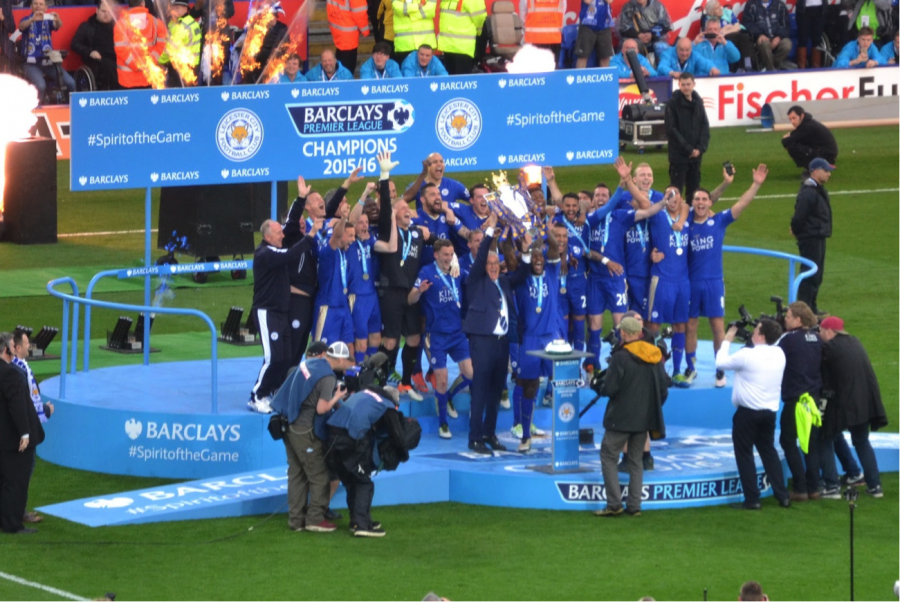 Take a step back to July 1, 2015 and imagine your looking at a division two Leicester City (also commonly referred to as the Foxes) soccer team who has only participated in the Premier league for two consecutive seasons. Imagine you’re Nigel Pearson, the club’s manager, and you’re trying to figure out a strategy to hold up against the British Premier league (BPL) giants.

For anyone who doesn’t know the current “powerhouses” for the 21st century BPL, there are six big giants that almost always have dominated the league. Chelsea, Arsenal, Manchester City, Tottenham, Liverpool, and Manchester United usually dominated the league and lower table teams struggled to even match the “powerhouses” players’ capabilities. Well, during last year’s season, Leicester City started to gain a little fame. After signing their star player, Jamie Vardy, Leicester City started to become a threat to the top teams.

After being promoted back into the BPL after almost a decade, this marked Leicester City’s long awaited return to the top of the table. Although after just midway through the season, the small team looked like they were back on the downward spiral to Division Two, they seemed to manage to pull it around after a bad start to the season. Manager Nigel Pearson at the time oversaw a fantastic rally back into the BPL and an amazing display of entertaining soccer.

After a short time, Leicester City was at the top of the table and held claim to joint top scorers in the BPL with 37 goals in their 19 matches. Jamie Vardy (15) and another top scorer for the small team, Riyad Mahrez (13), scored 77% of the goals between the two of them. With a solid defense that shut down even the very best strikers the BPL had to offer, a calm and collected midfield, and strikers that would be able to connect and play as one unit, the Foxes rebounded. This combination of teamwork and strategy helped Nigel Pearson cut his way to the top of the BPL and dominated for almost the entire rest of the 2015-2016 season.

Finally, the end of the season came and so did the excitement that Leicester City fans were waiting for. Against a 5000/1 odds and defying even some of the best BPL strategists, the Foxes had won the Premier League. Something the team hadn’t done since the beginning of the BPL. They are only one of six clubs to have won the BPL since its inception in 1992, and the static excitement of the club winning against all odds hung over the league. Until the start of this season at least.

The 2016-2017 season rolled around and with a new manager, Claudio Ranieri, having the unimaginable pressure to keep this small team on top of the table, he faltered. After the Foxes fantastic display of soccer last season, they had a target on their back and all the top teams were in it to win it this season. Not only did the new manager have to keep the confidence his players had built up last lesson in them, but he also had to develop formations and tactics that would up hold to the even stronger “top six” teams that were all fighting for that number one spot. This season, Leicester is 16th overall, and have the joint eighth BPL scorers with 23 goals in their 18 matches. Vardy (5) and Mahrez (3) have both contributed 35% of the team’s goals this season.

After a brief look at Leicester City’s past games for this season:

It can be said that the Foxes season hasn’t been off to a good start, whether that is attributed to the new stress on players or the managers from other teams working diligently to defend off the title is yet to be seen. Perhaps Leicester City’s chances for fame and glory might be a one hit wonder. Leicester City supporters would like to argue differently, referencing that the team is under a new kind of pressure to defend their hard won title or that it is simply just the start of the season and they will turn it around like last time.  The unfortunate truth, however, is that the future of Leicester City is uncertain.

Leicester did bring in plenty of new faces during the summer transfer window and with the new transfer window open, it is very unlikely that the team will bring in new faces this time around. You could argue, though, that something needs to change at the club because the cracks have started to appear over the team. With the two center defensive backs looking rocky at the beginning of the season, and in attack, Mahrez and Vardy haven’t shown anything near last season’s production and hunger for winning.

Although there is a big connection between the players’ performance and the club winning the league last season, some of the players’ performances have dropped off after huge re-signings and investments in their future. At every club that gained fame in a short time, there are the one or two stragglers that take their intentions away from the enjoyment of winning and start focusing their attentions to how much they are getting paid, but in the unfortunate circumstance for Leicester City, a large portion of their squad could be forming this habit.

The ending story is that the future of Leicester City is uncertain and whether the fame of this small team went to their heads and they were a one hit wonder or if they are just figuring themselves out and will pull it back together the second half of the season remains to be seen. But if the Foxes continue the form that they are in now, they will certainly follow their spiral out of control back to the lower divisions.