This is the first story in the Social Media Illusions series, where TFS will examine the impact of social media 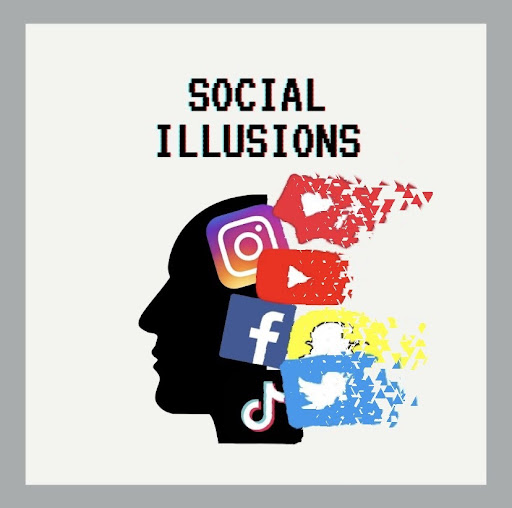 This is the first in a series of stories aimed at examining the role social media plays in the lives of teenagers.

Former Facebook employee Frances Haugan has been depicted both as a hero of the people and a villain to the Facebook empire after she testified in front of Congress about the role social media plays in the lives of teenagers.

She was first recruited to work for Facebook as a product manager in June of 2019 as a part of the civic integrity team for the upcoming 2020 election. She quit her job this past May.

She worried that Facebook has a conflict of interest: what is good for profit vs. what is good for the public. Time and time again, she reported to the Senate last month, the social media giant chose what was best for the company over its users’ well-being.

Feeling that she could no longer be a bystander, she gathered confidential documents and released them to the world. “I believe that Facebook’s products harm children,” she said in her opening statement. “The profit optimizing machine is generating self-harm and self-hate — especially for vulnerable groups, like teenage girls.”

She argues the documents are evidence that Facebook chose to maximize its growth rather than implement safeguards on its platform. Facebook representatives have called her claims “wrong” and “easy to debunk.”

Among the confidential documents are studies showing that Instagram in particular is negatively affecting users’ mental health, specifically teenage girls. The discussion has led to more conversations over how social media impacts teenagers, a topic The Forest Scout will cover over the next month in a package we are calling Social Media Illusions.
Hooked on scrolling
In 2018, Pew Research Center found that 43% of teens 13-17 years old felt pressured to only post content on social media that made them look good to their audience. 37% of this group felt pressured to post things that they thought would gain the most amount of likes and comments. Studies in 2020 concluded that teens had higher anxiety and lower self-worth if they were not satisfied with their social media interactions.

“Comparison to others is an endless source of suffering, and you can’t compare yourself to someone else’s experience because it is different for everyone,” said LFHS social worker Lisa Huffman.

All of these documents and statistics are raising serious questions about how the Facebook and Instagram algorithms work.

“I think social media definitely targets teenagers. Everything from the advertisements to the humor you can find within seconds of opening a social media app is something I would consider appealing to teens,” said senior Sophie Huddlestun.

Creating a way to get people hooked on scrolling and scrolling through social media has evolved to personalized pages, ads, and influencers. Keeping people engaged and wanting more, they maximize their opportunity to get more eyes on their platform.

Earlier this month, Licensed Clinical Psychologist Dr. Danielle Black gave a virtual talk to the LFHS community about the impact of social media on the teenage brain.

Connecting with others, however, is an opportunity for comparison and self-doubt.

“Gratitude will always humble you. Sometimes I catch myself getting too obsessed with perfection or trying to fit a certain stereotype,” said Huddlestun. “But then all it takes to ground myself is remembering all that I am lucky to have in comparison to petty things I wish I had. It helps me remember what’s important.

The platforms decide how to target certain ads and rank the content based on hundreds or thousands of algorithms. These algorithms are created by incredibly intelligent people and created as sophisticated as possible to make everything seem tailored to each specific user.

“I don’t think anything about social media is helpful in regards to confidence. Some argue that it can boost one’s confidence if they get positive comments or a lot of likes, but that is all relative,” said Huddlestun. “People are constantly comparing themselves with the likes and comments of others, and it’s not healthy to rely on this validation, to begin with.”

Instagram and other social media platforms may target teenagers with ways of captivating their attention, but as more and more teens use the app, more people become aware of the risks.

“[Instagram] makes a way of making people’s lives look ideal and perfect when in reality lives are not that glamorous, even celebrities, it’s an idealized version of peoples lives that get posted online. It is an unrealistic thing, making it too easy to compare lives and feel less than,” Huffman said.
Negative feedback cycle
The company makes more money the more users interact with the platforms. People enjoy engaging in things that they have an emotional interaction with; the more people are exposed to content, the more they interact and consume.

Facebook’s research shows that there is a negative “feedback cycle” that its young users, teen girls especially, fall into. Users begin to interact and consume content that sparks thoughts of eating disorders, thus becoming depressed from this, which actually makes them want to keep using the app.

This cycle may seem like a bottomless pit at times, but there are always ways to climb out, and back into reality.

“One thing that I do when I start to fall into a vicious cycle of negative self-talk is drawing a picture. I draw an evil-looking monster and then I make a speech bubble with all of the negative thoughts I have,” Huddleston said. “For example, the monster could be saying, ‘you didn’t get enough likes. ‘ Looking at the drawing helps me realize that my thoughts are irrational and they do not define me, they are just a product of my inner critic. It helps to visualize my negative thoughts coming from somewhere else.”

It is so easy to feel alone, but it is important to know that there will always be others to help. Whether a family member, friend, or resource at LFHS, people are always wanting to be someone’s shoulder to lean on.

“There’s a separation between our public self and our private self, with everybody feeling that their private self is failing to measure up,” said LFHS social worker Daniel Maigler.