Rivalries can be fun but must remain civil 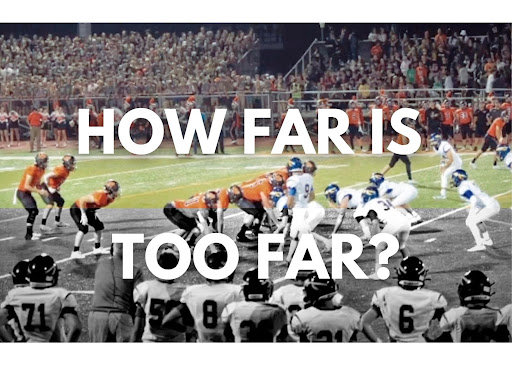 The rivalry with the “Town Out West” runs deep, from the football field to the hockey rink, but the events earlier this month brought a whole new level of anger to the competition. Between the Wikipedia edits and the videos spanning our Snapchat stories, how far is too far?

Following the unexpected fight at the Vernon Hills Ice Hockey Rink on Oct. 6, it’s clear the rivalry has become too intense. We need to stay civil.

There seems to be a fine line between friendly competition and physical violence when it comes to the Libertyville rivalry. For example, after we played Libertyville at their homecoming, the school’s Wikipedia page was edited to say “Libertyville High School is owned by the Lake Forest Scouts,” and shortly after was changed back to normal.

Students had a good laugh about the Wikipedia editing, reposting the screenshots on their Snapchat and Instagram stories.The online edits are a great example of how the rivalry is capable of having funny moments that reflect a competitive attitude shared by both schools.

However, on Oct. 6, the rivalry took a sharp turn.

One of the students involved in these controversial events was senior Juju Hunt, a name you might recognize from her very outspoken school spirit, namely running across Libertyville’s football field with a Scouts flag on their homecoming game night.

“This kid literally comes out of nowhere and sucker punches me in the lip,” Hunt said. She said the Libertyville students also asked her uncomfortable questions, such as “Are you a boy or girl?”

One could say that Lake Forest is partially to blame because of the trash talking that inevitably goes down at every sporting event, but according to junior Bella Ranallo, even the worst of taunts don’t warrant a fight.

“Yes, we were saying chants back and forth, but it’s just a hockey game. They had no right to punch people and beat them up–it’s stupid and irresponsible,” she said. “It went too far.”

Things got light-hearted again when humorous Wiki edits returned after the hockey fight. This time they were changed to read, “The school was founded as Libertyville Township High School in 1917. Lake Forest High School has won custody and is officially their daddy.”

So yes, the Scouts always bring a ton of excitement and energy to our sporting events, and yes, having such fierce competition can be fun at times, but there must be a way to maintain a healthy competition with our rivals without resorting to violence.