After just four months, Saige has seen some major changes to her routine 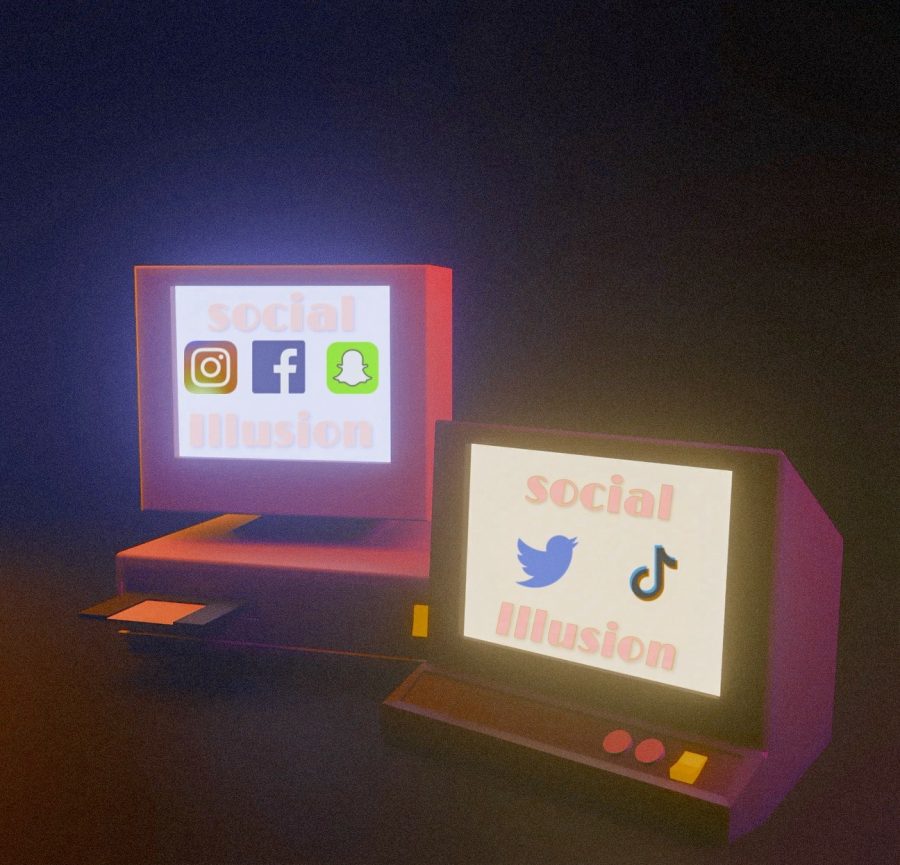 Saige was the last of her friends to get Instagram. The changes were immediate. This is part of the opening week of coverage for our new series, Social Illusions.

After a long battle, I fell victim to the Instagram trap in May. I had managed to stay clean for as long as I could, but finishing out my sophomore year in a pandemic, I finally gave in.

At first I was excited to understand all the videos, references, memes, and jokes my friends talked about on Instagram.

Now, I see it as more of a burden.

The sad part is, I hardly even realize that I’m scrolling through social media, as I do it. It’s a simple yet mindless task that has managed to weave its way into my everyday activities.

An obvious solution to my annoyance with social media is to delete it, but it’s not that simple. There are benefits to having social media, like staying in contact with different people and experiencing part of their “lives,” even though not in person.

I say “lives” because a large majority of the things people post on Instagram is fake.Tons of photos posted are edited to make people look prettier, thinner, and happier. It’s a fabricated environment that creates toxic relationships regarding self-image, family, friends, peers.

I spend more time on my phone
One of the main changes that Instagram has introduced is my screen time. Every Sunday, I get an update about my average screen time throughout the week. It compares it to the week beforehand and shows what platforms on my phone I used the most.

Before I got Instagram, I was rarely on my phone. My screen time was always only around a mere hour a day, give or take.

Since May, my screen time has practically tripled.

A 56% jump in one week is insane.  The average pickup of my phone is every eight minutes. I can’t even go 10 minutes without the urge to look at a screen.

Embarrassed, I’ve started to make excuses for my excessive usage that I don’t even believe.

When I know that I should be doing homework I have an even greater urge to go on my phone to see if anything new has been posted in the last two minutes that I’ve missed.

My study breaks have gone from 10 minutes of relaxation to 30 minutes of mindlessly scrolling through Instagram.

As each week passes by, my screen time ticks up even more. I miss the time when I didn’t care what notifications popped up on my phone.
It exacerbates insecurities
Another thing that I’ve noticed about myself after getting Instagram is comparing myself to others more than I did before. Before, I considered myself to be an independent person; I didn’t typically feed into the need to have the latest trends and all that. But, after getting social media, I find myself wondering what’s the new “thing.”

Everyone always talks about how social media plays into insecurities. At first I didn’t believe that. I wanted to believe that if you tried hard enough to ignore all the fake stuff, then you wouldn’t  be affected by it.

I was wrong. No matter how hard I try or how little I want to care about the stories and trends, I still do. it. My mind tends to wander down that road, constantly wanting to know how my life looks to others.

Even if I don’t want to, I compare just about everything I do to other people. Looking at someone else’s life and seeing how mine is different leads me to wonder if I’m doing something wrong.
It’s become a societal norm
Society assumes everyone is on social media. Whenever I meet someone new they ask “What’s your Snapchat?” After a long holdout, I finally joined the majority and got Snapchat because it’s another societal expectation.

Why is there so much pressure to use social media as a teenager?

Being a teenager on social media and creating a “status” for yourself that projects the perfect take on your life for everyone to see is one of them. What I mean is, on social media, people post tons of different things. Hanging out with friends, family, vacations, and birthdays. So, after I see all those things about people it makes me wonder if I know them better, or worse.

Are they just posting those things to make themselves look better? Are they being genuine?

I believe that the idea of having to use social media has had negative impacts on society. After only having it for such a short amount of time, I can only imagine the influence it’s had on those who have had it since they were practically children.

I know that it’s hard when people are always talking about things through social media. It’s truly another way of living. Texting isn’t as common because everyone talks through Snapchat. Kids have just become accustomed to living through the media.

I never thought that I would be trying to keep texting a popular activity.

Teenagers’ lives revolve around social media and I really wish that it didn’t. Turn off the notifications. Set screen time limits. Stop going on your phone. There are so many better things to do.

I know that I need to work on my phone usage. Over time I notice myself becoming more obsessed with the media, and at times I just need to take a step back and look at what it does.
It invades privacy
I’m more vulnerable to the outside world by having Instagram. Everything I like, comment, and post can be seen by more people than I would like. Knowing that my every move can be tracked–possibly by people I don’t know–is an unsettling feeling.

Knowing that my right to privacy is largely nonexistent makes me consider everything I do while on Instagram.

I’ve also started to look at people in different ways due to Instagram.

Half the time I feel like I know the people I follow so much better than I did before I had social media. I’m constantly updated on what they did over the weekend, and their daily activities.

But, then again, I wonder if I really know them at all. Is the persona they present to the public reflective of who they are as a person?

One of the weirdest things I’ve yet to get used to is passing someone in the hall that you follow on social media, but hardly know in person. Yet, somehow, I feel like I know everything about them through their profile. It’s a strange experience, and I find myself wondering if others feel the same way.

I might never know these things but I know that having the outlet of social media is a dangerous thing for society. It started as a great idea used to connect with all kinds of people, but has evolved to become an obsession, an invasion of privacy, and a means to establish a perfect public facade.
How we can make social media positive
Society can monitor their lives with regards to social media and consciously make decisions to limit the influence it has. Social media doesn’t have to be a bad thing.

The impact is much greater than anyone could’ve expected.

With time, social media will only take hold of the lives of even more people. It’s an interest of the future that won’t go away, but rather will fluctuate with the times.

All in all, my advice is enjoy the simpler things in life that don’t have to do with technology. Go outside, bake cookies, read a book. Stay off of social media as long as you can; I wish I had.