After Loss to Carmel Catholic, Scouts Have Sights Set on Stevenson 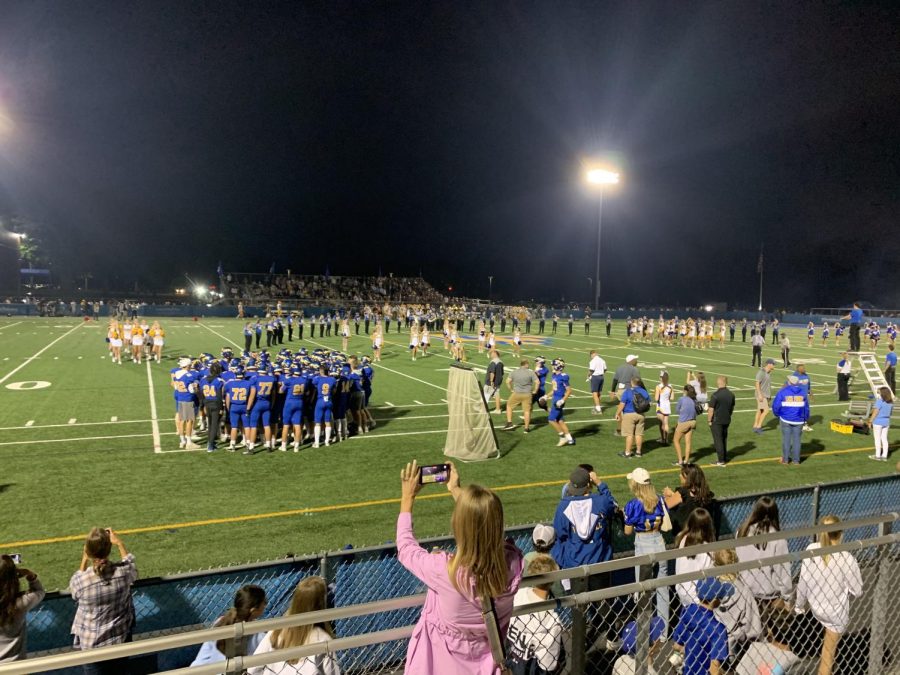 Coming off a tough loss to Carmel Catholic last week, the Scouts will now try to get back on track against Stevenson this Friday. Stevenson is coming to Lake Forest after two straight losses to Maine South and New Trier, while the Scouts sit at 1-1.

According to senior quarterback Leo Scheidler, the focal point of the offense will be their mental focus.

“We had too many penalties last week, which really killed any kind of drive we started to put together,” Leo said. “You can’t start the game behind the chains and that’s what we did last week.”

“We had a lot of mental mistakes…if we can improve on those I think we can have a much better game,” left tackle and defensive end Jade Khater said.

With an exposed secondary, the Scouts will look to exploit weaknesses in the Stevenson defense. According to senior running back Jahari Scott, the goal is to wear down the defense as much as possible and target specific matchups.

“We’ll just pound the rock up the middle and wear them down,” Jahari said. “They have a lot of two-way players.”

On the other end, Lake Forest’s main goal is to shut down Stevenson’s running game, especially given the fact that Stevenson’s starting quarterback is out with a concussion.

Catch the Scouts take on the Patriots at 7:30 this Friday at West, and make sure to bring your best beach-themed outfits.