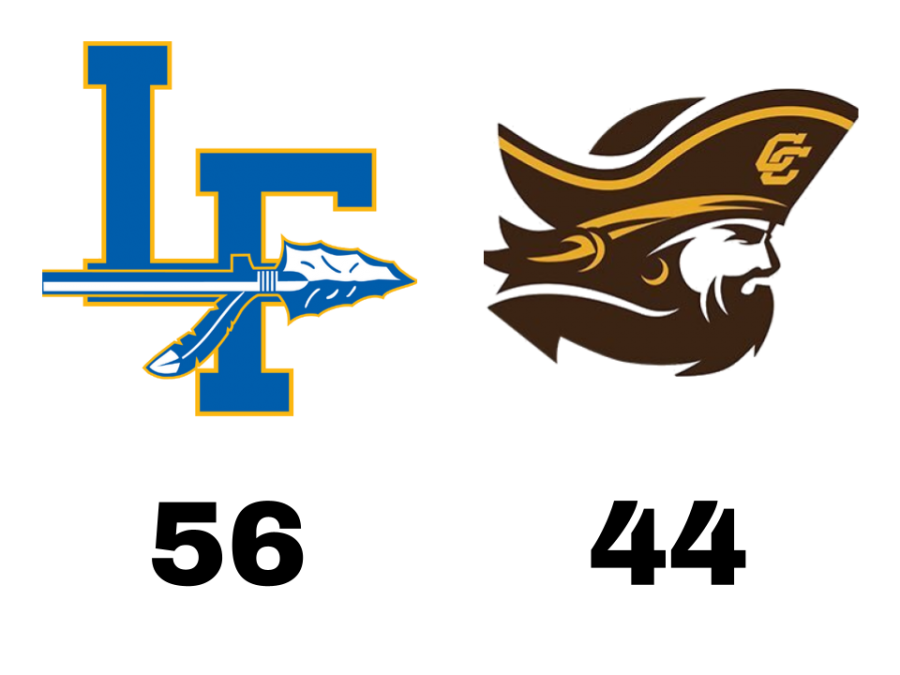 Last night, Lake Forest traveled to Carmel Catholic High School to take on the Corsairs. Led by a high-powered offense, the Scouts were able to pull away in the 4th quarter to secure the win over the Corsairs, 56-44.

Sophomore Asa Thomas, celebrating his 16th birthday, led the team in scoring 15 points–all of which were three-pointers. Senior Walt Mattingly complemented Thomas’s 15 with 13 of his own.

To begin the game, the Scouts scored on an easy post hook from senior Will Thomas but then struggled to get the ball rolling after. Carmel Catholic’s senior Jalen Burton mid-way through the first hit to back-to-back three-pointers that put the Corsairs ahead. However, the run was stopped by a deep three from Asa Thomas.

The second quarter was all Asa Thomas, hitting three of his five threes on consecutive possessions midway through. But once again, the Scouts 12-0 run as stooped by Burton’s three from the right corner, and junior Asher Jackson’s three from deep.

Entering the second-half, the Scouts were looking to pull away and put the game out of reach for the Corsairs. And they did just that.

Walt Mattingly opened up the first possession with a difficult layup, going up and around Carmel defenders. A few possessions later, junior Sam Gibson found Asa Thomas open on the right arc for a three.

The Scouts would then have three straight defensive stops and senior Will Thomas capped it off with a steal and a coast-to-coast and one. Asher Jackson would once again end the Scouts run with a three, but only to leave junior Cade Nowik open for a three in the ensuing possession.

Not much would occur in the fourth quarter as the Scouts maintained a double-digit lead since halfway through the third. Mattingly would add a couple of layups to his total, and the Scouts played great defense, helping them outplay the Corsairs 56-44.

The Scouts play tonight against the Waukegan Bulldogs at 7:30 in the Competition Gym.