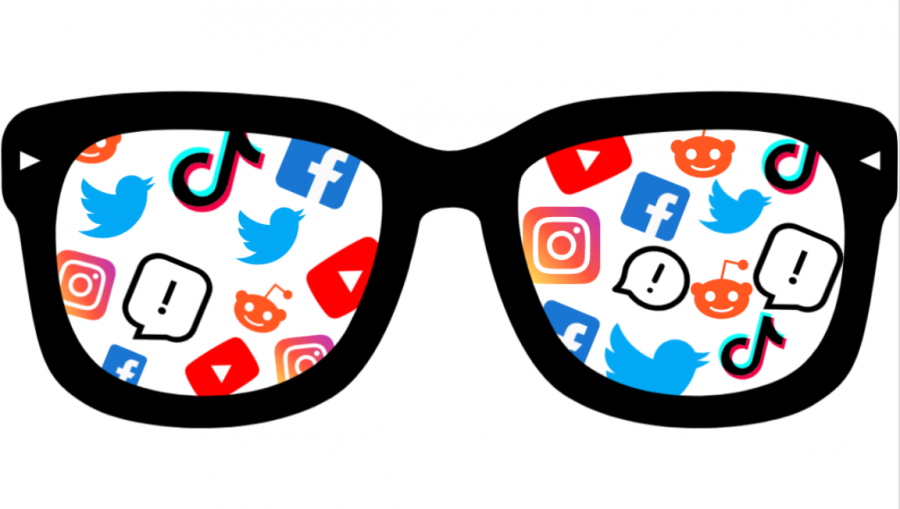 Forms of political and social activism can be seen everywhere: on billboards, posters, and now more recently on Instagram stories, Twitter’s Trending page, and can even be incorporated into Tik Tok videos.

Since May 2020, social media users have utilized their platforms to speak out against the murder of George Floyd. In the summer of 2020, as the Black Lives Matter movement was quickly gaining momentum, cancel culture was on the rise as well. Celebrities, business owners, and students across the nation were called out on social media for their past racist and prejudice remarks. Aside from using the platform for social justice, users have used the platform to promote how to lead a sustainable life.

People use the Story setting on Instagram to post a 24-hour message to raise awareness of issues that are important to them.

Following the insurrection at Capitol Hill on January 6, many students at LFHS took to Instagram, Twitter, and other platforms to inform their followers about the situation. However, for the students that may not be as active on social media or did not want to post, the students that posted felt as if others were not doing their part to condemn the events at the Capitol.

“I don’t think everyone should be pressured to post about everything. I’ve seen people say ‘if you don’t post, you are part of the problem,” said senior Sydney Rubenstein.

Instead of using social media platforms to raise awareness regarding certain issues, many users now consider it to be a trend to post about the issues. If a user does not post, others believe that that user does not care about the situation and is not effectively fighting for social justice.

Slacktivism, as defined by the United Nations, is when people support a cause by performing simple measures without devotion to making a change. Questions regarding slacktivism have risen given the insurgence of social justice posts this spring.

In June of 2020, following the murder of George Floyd, many took to social media to engage in #BlackOutTuesday. While the goals of the social media movement were well-intentioned, the blank black squares on the hashtag pushed down information about BLM and the importance of the movement. Even more, the trend of posting the black squares was caused by pressure from other users instead of wanting to post for the sake of the movement.

“I think it’s important that messages like those of the BLM movement and others that have come to the forefront in the past year are recognized, but I also think we have gotten to the point where there’s so much pressure to post that people are just posting for the sake of doing so,” said senior Margot Pierce.

The trends of posting on social media for the sake of posting have caused many users to be pressured into following the masses. The original goal of posting to spread the word has merely turned into a trend; followers like the image and then simply scroll past, moving on with their day without giving the statement a second thought.

“I think that for the most part, people that post activism on social media have good intentions, mainly to spread awareness. I’ve learned a lot from people’s Instagram stories,” said Rubenstein, “However, I think it’s really important to be educated in what you are talking about because I have seen false information too.”

In response to the 2020 Presidential Election, social media platforms such as Instagram and Twitter will flag posts with false information regarding the election to avoid its spread to others.

Aside from the rapid spread of misinformation, there is the problem of quantity over quality on these social media posts. The quantity of posts leads users to skip over them and not truly digest the message behind them.

Whether students post on social media or not, there will be judgment passed from one student to another, causing the point of utilizing the tool of social media to raise awareness to lose its meaning.

“I ask myself, “Is this important? Is this going to have any impact, or am I just posting it because every other person who has similar views to me is?,” said Pierce, “Usually this is a pretty good gauge that helps me post things that are meaningful, not spam people’s stories, and help promote more concise and effective messaging.”

Social media is a tool for many people to share their stories, aspects of their lives, and market their company along with raising awareness to issues they are passionate about. However, while social media is an undeniable way to stay connected with our surroundings, we can’t always absorb activism in the same way we view selfies.

“I think that everyone has their own ways of helping, whether that be educating themselves, signing a petition, or something else,” said Rubenstein, “As long as everyone is trying to make a positive impact, I don’t think it matters if they post on social media or not.”