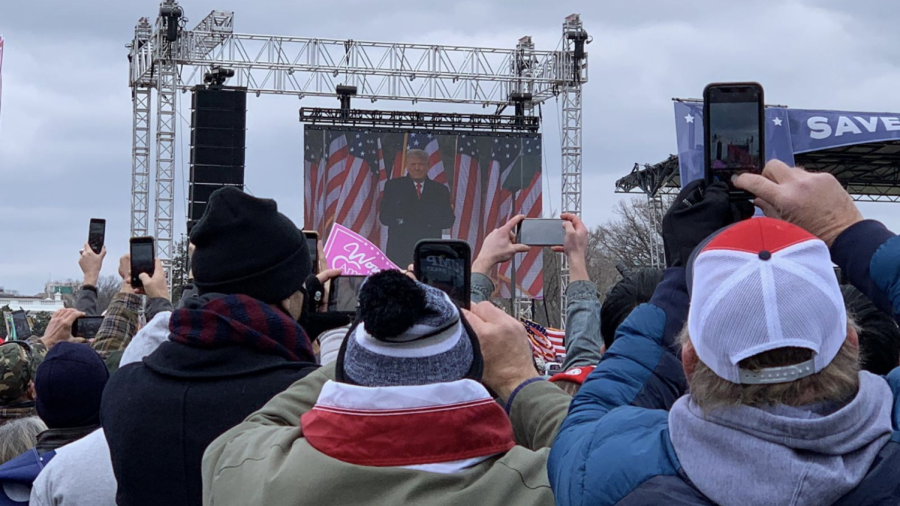 A crowd shot from the Jan. 6 "Stop the Steal" rally in Washington D.C.

After the insurrection at the U.S. Capitol last week, law enforcement agencies immediately undertook a full-scale effort to track down rioters who may be guilty of crimes, by combing through troves of cell phone data, video livestreams, and photos that were left behind in the wake of the stunning attack that left four people dead and a nation shaken.

But just as those with badges rolled up their sleeves, so did social media sleuths.

In the wake of the riot, digital detectives have crowdsourced and publicized information on both attendees at the “Stop the Steal” rally ― which led to the riot ― and violent participants in the Capitol breach itself.

Accounts dedicated to broadcasting the identities of rally-goers ― regardless of whether the individuals they are exposing have committed any alleged crimes ― have sprung up across social media platforms in an extraordinary extrajudicial effort to seek immediate action from employers.

Such “detective work” hit close to Lake Forest on Monday, when a Twitter account that may belong to a Pacific Northwest antifascist group alleged that a Lake Forest High School staff member had attended the insurrection on Capitol Hill, and had been fired as a result. The tweet includes no evidence that the staff member did anything illegal.

In a statement signed by Superintendent Michael Simeck and Board of Education President David Lane, the administration confirmed that they were aware of reports that a staff member may have been on Capitol Hill grounds during the riot. No one has been fired.

“We are reviewing the report and will investigate to determine whether our employment policies have been violated,” the statement read. “If we determine there has been a violation, we will respond accordingly.”

It continued: “While we support the ability for individuals to exercise their First Amendment rights, our District condemns the lawless violence and destruction that took place last week in the Capitol.”

A joint school board meeting between District 67 and District 115 is scheduled for Thursday at 5 p.m., but the primary focus will be to discuss the looming superintendent vacancy. The meeting was scheduled prior to the incident at the Capitol.

In a brief Facebook message to The Forest Scout, the staff member denied that they had been fired and declined to elaborate or answer further questions. The staff member did vow legal action “against [the] resistance group and anyone that shared,” the Tweet.

Have any tips related to this story? Please email [email protected]