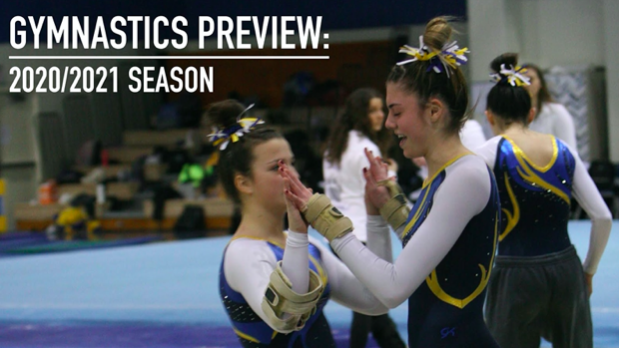 A team in which three out of ten Varsity athletes qualify for state is a hard one to beat, but for the LFHS Gymnastics team, their successes last year are only forcing them to jump a little higher.

Last season, the team had many accomplishments: earning first place at two invitationals, qualifying for sectionals as a team, securing their 5th place ranking on the LFHS record board for the NSC conference with a score of 145.3, and last but not least, Kristin Fisch’s 5th place vault finish at State. Having lost no competitive seniors from last year, the team is in a great place to build upon their previous successes.

Yet, even with all of these accomplishments, Fisch explains that it wasn’t all smooth sailing.

“Last season, our team suffered quite a few injuries that gave us a few setbacks,” Fisch said, “but I am excited to see what will happen this season.”

One of these injuries was what costed the powerhouse, now Senior Captain Gianna Pasquesi the chance of competing. With a torn UCL during a December meet and a pending surgery, Pasquesi missed the majority of her junior season. She is hopeful for what is coming, though, as she aims to get back on track and go above and beyond her aspirations from last season.

“My goal is to be able to compete again,” Pasquesi said. “It has been a tough recovery, but I am back to 100% and hoping to have an injury-free, successful season.”

But like every other sports team this year, COVID-19 is making it increasingly difficult for athletes to have a normal season. The team stayed positive after watching many fall sports get pushed to the spring, hoping that their own season wouldn’t be majorly affected. They followed the necessary protocols for their first few days of tryouts, but something was clearly missing.

“In my opinion, the most impactful restriction we have is non-contact sportsmanship. This means no hugging, fist bumping, or high-fiving anyone,” says Fisch. “Last season our team built an extremely strong bond through physical encouragement, but I’m confident that our team will be able to work around this by keeping up the spirit without contact.”

Pasquesi agrees with Fisch, swearing by the team’s former ritual of completing a “good luck” handshake before a gymnast stepped onto the mat. The biggest challenge this season will be finding a contactless replacement for those moment of unity.

As of now, the team can only compete against teams from Lake and McHenry County, but the State Tournament is still a possibility. Since each athlete has been tirelessly training in the off-season, Pasquesi and Fisch both feel that the 2020-2021 team has what it takes to impress at State if the tournament is held. While they both hold different individual goals, the end goal is the same for these two longtime gymnasts: to qualify for State as a team, and sweep the podium.

Update: the team started tryouts on Monday, November 16th, and just three days later, the IHSA announced that a 2 week pause was to be put into place for all winter sports.