Why You Should Care About the Yemeni Crisis

The world's biggest humanitarian crisis is being ignored 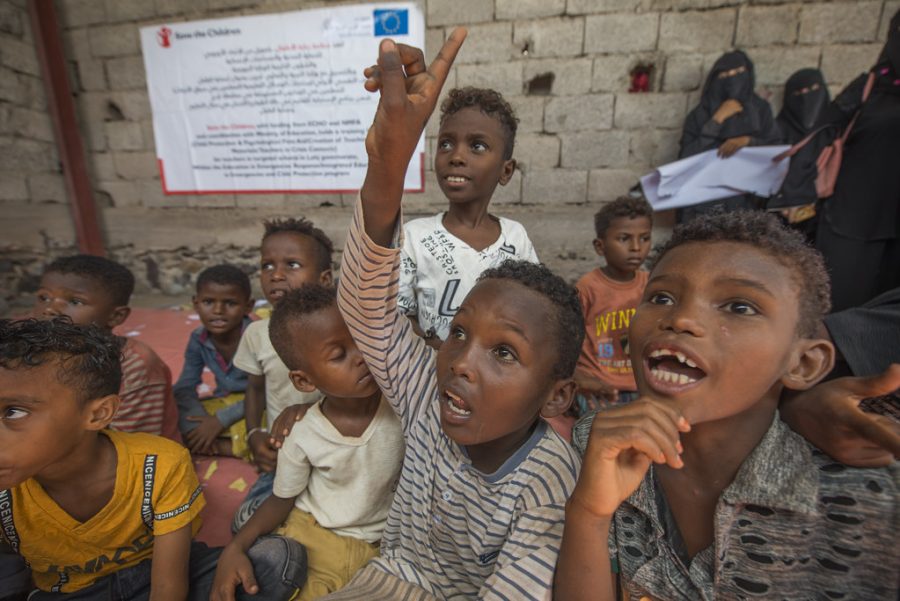 More than 12 million children in Yemen are in need of humanitarian aid, according to UNICEF.

Although Yemen has been dubbed as the “world’s worst humanitarian crisis,” it’s not getting the media coverage it deserves in the United States.

But, among the tangle of issues we already have, why should we care? Why should we have another thing to worry about?

My answer is straightforward. We should care because innocent people are suffering, and it’s simply the right thing to do.

In 2015, Yemen erupted in a civil war between those who support President Hadi and the anti-government Houthi rebels. The war has since become a regional one, as Saudi Arabia and its allies try to reinstate Hadi’s regime.

Terrorist groups like Al-Qaeda have taken advantage of political instability and have strengthened their presence in Yemen. This poses a security risk to not only Yemen but countries beyond its borders —- including us in the United States. From their bases in Yemen, Al-Qaeda is recruiting followers and plotting attacks against the West.

American troops have gotten involved in the war. As they fight to reinstate Hadi’s government and establish order, more and more people are dying. According to the Armed Conflict Location and Event Data Project, more than 127,000 people have died in the war alone, including more than 13,500 Yemeni civilians.

The severity of these complex issues has resulted in a living hell for Yemenis. According to the Council on Foreign Relations, millions of people are on the brink of starvation. Clean water, shelter, sanitation, and basic healthcare have become luxuries. Children can’t receive an education either because schools have shut down, been destroyed, or their parents can’t afford to send them.

The United Nations reports rising numbers of women and children that are the targets of sexual violence. In addition, amid all this chaos, Yemen is struggling with outbreaks of cholera and coronavirus.

What can we do to help? As teens thousands of miles away from the conflict, it may seem like our capabilities are severely limited.

However, this is not the case. There are many practical ways we can support the Yemenis during these challenging times.

For one, we can take advantage of social media. Posting updates on your Snapchat story, following reputable Instagram accounts such as @unicef_yemen, and searching through hashtags such as “#yemencrisis” are all ways we can educate ourselves and raise awareness.

We can also donate, and every dollar counts. Talk to your parents about researching and donating to reliable organizations such as UNICEF, Doctors Without Borders, and the International Committee of the Red Cross.

Above all, I encourage you to start the conversation. Talk to your family about it at dinner or with your friend after tennis practice. The forgotten art of conversation is foundational for progress.

Saying we have a lot going on in our lives right now is an understatement. Between Covid-19, mental health struggles, and not being able to participate in our favorite sport or see our loved ones, it’s hard. But it’s important to remember, even in these times of adversity, how fortunate we are in the United States in comparison to other people in the world.

Next time you log onto your zoom class, go to your semi-annual doctor checkup or enjoy a warm meal, I encourage you to think about how precious these typical experiences are and how you can support those in need.