The One and Only Chadwick Boseman

What The Late Actor Taught Me About Embracing Myself 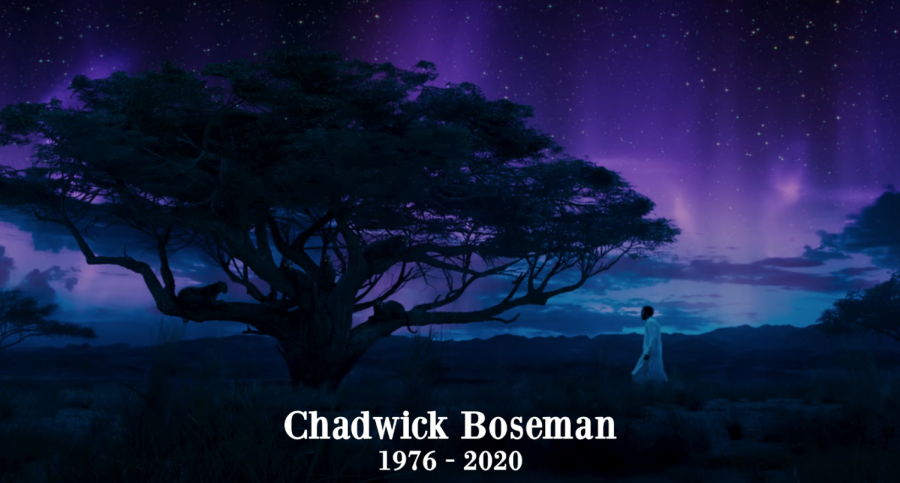 After a long first week of classes, I sat slouched at the one end of my grandma’s sofa, watching the last five minutes of an innocent little film about a hitman taking a young girl under his wing and teaching her the basics of “cleaning.”

She admires his exceptional skill and aspires to be just like him. The story takes a difficult turn at the end, however, as the pair gets split up; not like when you get lost, but “split up” as in, well, let’s just say the hitman gets hit.

I finished the movie and grabbed my phone, as any teenager would. I saw a notification that read, “Chadwick Boseman, Black Panther star, has died at 43.”

I was shocked. All I could ask myself was, “How? It can’t be him, it just can’t be!” But as I cross referenced other articles, I soon confirmed that it was the truth. Plain and simple. At that very moment, I felt like the young girl in the movie I had just concluded: an idol of mine was gone forever.

Boseman was diagnosed with stage III colon cancer in 2016. He kept his diagnosis quiet and away from the public, despite having filmed around six major motion pictures between surgeries and chemotherapy.

His career, while it may have ended too early, reflects nothing short of legendary. Pinning three phenomenal biopics under his belt, 42 (2013), Get on Up (2014), and Marshall (2017) are easily some of greatest and most rewarding films of his career.

I, as much as anyone, would consider the portrayal of Jackie Robinson, James Brown, and Thurgood Marshall respectively to be a great success in an actor’s career, all three figures acting as trailblazers and idols for a generation. Much like them, Boseman followed suit, carrying on those duties as he powerfully and meticulously emulated their greatness and became an idol for a generation himself.

While his performances in the biopics were outstanding in every way, the role that led him to stardom was in Marvel Studios’ Captain America: Civil War (2016) with his influential portrayal of Prince T’Challa of Wakanda, and then back with a punch two years later in Black Panther (2018), returning as the king (after the death of his father in Civil War).

As time has shown, nearly any film that Marvel produces will most likely do tremendously well in the box office. Case in point, the combined global gross of Avengers: Infinity War (2018) and Avengers: Endgame (2019) rose to a little over $4 billion. And sure enough, upon its release, Black Panther did not disappoint, its worldwide gross topping $1.3 billion, making it the tenth highest grossing film of all time.

Now when I say this film changed my perspective on life, that is no understatement; it shifted my entire outlook.

The first time I went to see the film, I immediately got lost in the world of Wakanda and the story it told. Only when looking at the movie poster upon exiting the theater did I recall that this was a Marvel film. All of the characters vividly came to life with Boseman at the center of it all.

The second time I went to see the film, it was on a field trip for an African American Studies class my freshman year. As I rewatched it, I couldn’t help but feel the radiating reality that Boseman brought to the screen like never before. Regardless of his superhero status, he emulated traits of weakness, traits of fear, traits of failure. He was vulnerable. He was human.

The third time I went to see the film, it felt like T’Challa was normal, just like anybody else. And frankly, I marvelled at Boseman’s portrayal. That third time, nothing he did was staged. Everything seemed genuine. That third viewing is when his character truly touched me.

Vulnerabilities of any sort (emotional, mental, physical, you name it) are traditionally not something that one chooses to reveal. However these flaws, if you will, when emulated by T’Challa, a powerful and respected character, transform into something more than an imperfection: they are normalized.

After viewing the film, it all of a sudden felt okay to reflect these emotions without fear of judgement or shame. I’m traditionally not one to let my vulnerabilities fly, so when I saw that someone I looked up to, someone I respected could do it, it was the most encouraging thing in the world.

Sure, it’s important to maintain a strong façade, but it’s perfectly okay to flaunt your imperfections every once in a while. T’Challa showed me that. Chadwick Boseman showed me that.

In a way, T’Challa and Boseman are incredibly similar: both struggled to overcome challenges in their lives and did so with unparalleled grace. T’Challa struggled to fit in as the new king after the death of his father, being hit right out of the gate with incredible challenges and threats to Wakanda.

Boseman’s challenge was his cancer diagnosis and how it would affect his film career. But seeing how the public was unaware of this challenge until his passing, I would say that he conquered it with much poise. His great perseverance is seen through the ten films that he appeared in between 2016 and today, and that is something that all of us can learn from.

While the passing of an idol and an inspiration can be difficult to cope with, it is important to focus on the lasting impression that, in my case, Boseman had on me and quite possibly the rest of the world.

His perseverance, strength, and talent are things that everyone can look up to. I, like many, admire the notable men he has portrayed, and he instilled a higher level of greatness within them through each performance. I’m a firm believer that a significant amount of their greatness rubbed off onto him, making him like no other: the one and only Chadwick Boseman.