The Base Alloy of Hypocrisy 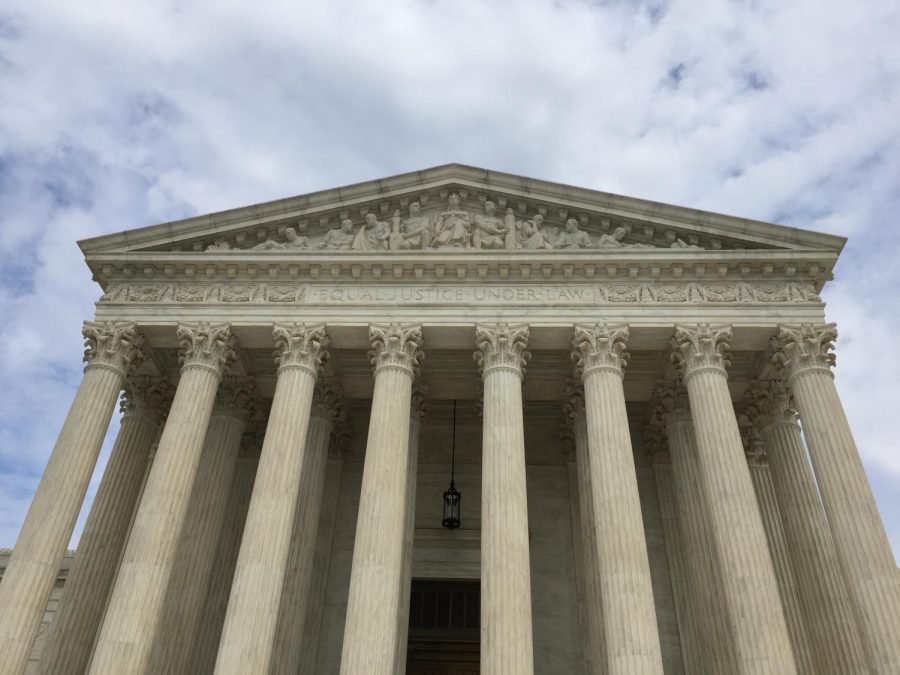 The Supreme Court's decision in RNC v. DNC taints the fine principle of judicial restraint with the base alloy of hypocrisy and reduces the Court to a partisan weapon.

The Supreme Court’s decision in Republican National Committee v. Democratic National Committee places unacceptable emphasis on judicial restraint in a time of crisis. It is rooted in rosy-eyed idealism that is entirely out of touch with reality; what is worse, it is founded upon hypocrisy.

The case in question is a manifestation of the societal disruption caused by the COVID-19 pandemic and the federal government’s abject failure to control the spread of the virus. As record numbers of Wisconsin voters requested absentee ballots for the state’s April 7 election (which included presidential primaries, a state Supreme Court contest and local elections) for fear of infection, Wisconsin Gov. Tony Evers issued an executive order on April 6 extending the deadline for receipt of absentee ballots to June 9. The Wisconsin Supreme Court promptly blocked that order as an unconstitutional overreach.

This came after Judge William M Conley of the Federal District Court in Madison ordered on April 2 that the deadline for receipt of absentee ballots be extended to April 13; the Seventh Circuit Court of Appeals in Chicago let the extension stand in a decision dated April 3.

Then the Supreme Court stepped in and struck down the Seventh Circuit’s ruling, requiring Wisconsinites to risk catching the coronavirus — which has infected more than 580,000 and killed more than 22,000 in the United States alone — to exercise the franchise. Many of Wisconsin’s polling places had closed (in Milwaukee, only 5 out of a planned 180 opened on Election Day), and many poll workers are older and more likely to have preexisting conditions that predispose them to serious illness; the Court’s decision set the stage for a shambolic affair prone to disenfranchising voters and spreading contagion.

The fact that the Supreme Court has suspended the March and April sessions of oral arguments adds a zing of delicious irony to the affair. The body demanding that citizens risk their lives to exercise their power is itself declining to do so.

The majority (comprised of Republican-appointed Justices Roberts, Thomas, Alito, Gorsuch, and Kavanaugh) writes that “extending the date by which ballots may be cast by voters… fundamentally alters the nature of the election.” This is sloppy logic and unbecoming of the highest court in the land. Early voting itself is an extension of the ballot-casting period — in the opposite direction. The District Court’s ruling did not even explicitly extend the window of ballot-casting; it merely extended the deadline for receipt of absentee ballots and requests for the same, hardly an unreasonable order given the unprecedented number of absentee ballot requests and the lag inherent in mail delivery (more than 11,000 voters who had requested an absentee ballot were not sent one).

The majority also writes that “the Court’s decision… should not be viewed as expressing an opinion on the broader question of whether to hold the election, or whether other reforms or modifications in election procedures in light of COVID-19 are appropriate. That point cannot be stressed enough.” What of the fact that the Wisconsin Legislature refused to even consider extending the absentee voting deadline? Is it not the Court’s duty to step in and ensure that all citizens are able to exercise the vote? Does the Fourteenth Amendment’s guarantee of “equal protection of the laws” not extend to voting rights in the face of an immensely disruptive pandemic?

No, the majority writes. The ideal of judicial restraint is too important to the well-being of the nation; it must not be abandoned, even in times of crisis.

Commitment to one’s ideals in the face of crisis is admirable. But risking voters’ lives just so one can boast of a commitment to judicial restraint is callous and infantile. Note also that the Wisconsin Supreme Court did not exercise judicial restraint in overturning Gov. Evers’ executive order; “judicial restraint” as interpreted by the Roberts Court is not so much a polestar of justice as a fickle breeze that blows whenever it is convenient.

Consider Citizens United v. FEC, the modern-day Dred Scott v. Sandford that twisted the First Amendment beyond recognition to justify overturning the Bipartisan Campaign Reform Act and opening the door to massive increases in campaign spending. Not so much a fine application of judicial restraint as the use of judicial power as a battering ram to overturn popular reforms.

The current debacle does have a precedent, however: Rucho v. Common Cause, a gerrymandering case decided in 2019. In Rucho the Court of Convenience chose to apply the principle of judicial restraint when considering the blatantly gerrymandered congressional district maps of North Carolina and Maryland, which favored Republicans and Democrats respectively.

North Carolina and Maryland are so gerrymandered that their governors are of different parties than the majority of their congressional delegations. Yet gerrymandering is not isolated to these two states; it is ubiquitous. It is also exceptionally stable; a governor cannot unilaterally break up a gerrymander, and a gerrymander-elected legislature will not do so.

When the executive and the legislative are unwilling or unable to safeguard the rights of the people it is the duty of the judiciary to intervene. That is the point of having three branches of government; the courts are a failsafe.

But that is exactly what the Supreme Court chose not to do. It argued that district maps are a “political question” that must be left to the legislative and executive branches, which are incapable of actuating reform. Thus the majority displays its colors: allegiance not to any particular philosophy of jurisprudence, but blind resistance to making a more perfect union.

Thus the majority displays its compass: not a steady needle guided by judicial restraint, but a mercurial thing tainted by the base alloy of hypocrisy.

This hypocrisy is the problem. When the Court subscribes to a coherent set of judicial principles and applies them in a consistent manner — as the late Justice Scalia did when he upheld the constitutionality of flag burning, for instance — its fundamental legitimacy as an arbiter of justice is beyond reproach. When, however, the Court is in the hands of unprincipled ideological warriors — then the noble institution becomes little more than a partisan political weapon incapable of inspiring confidence.

Justice Roberts rambles on about how the courts are unbiased and guided by reason and principle. As the country slouches toward November and the awaiting symphony of partisans, he and his fellows would do well to put that opinion to paper.