This is the New XFL 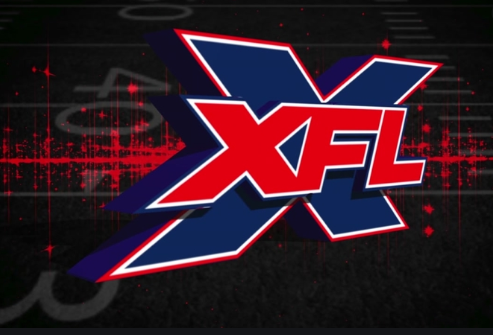 In 2001, Vince McMahon founded the first XFL, with eight teams, promoted rougher play and fewer rules. The league, however, would only last one season due to lack of viewership, and WWF and NBC each losing around 35 million.

This time, it’s supposed to be different. The league still has eight teams, and still commissioned by Vince McMahon, but new rule changes and better players, the league shows signs of being a lot more successful than the previous attempt.

During the games, fans will notice that this, of course, is not the NFL. There will be some obvious rule changes in place. Those include safer kickoffs, different points after conversions, punting, new overtime, double forward pass and the comeback period.

The XFL rule change to kickoffs is seen to be a must safer option. They will be kicked from the 25-yard line, but the kicking team actually lines up at the return-side 35-yard line. The return team lines up on their side on the 30-yard line. They believe that this will eliminate the number of hard-hitting collisions.

Punting now promotes returners to not fair catch due to the lack of incoming defenders. Players now cannot release from their position until the ball is punted. Another change tries to have coaches not punt in an effort to flip field position thanks to the new “Major” touchback rule. A “Major” touchback occurs when the ball is kicked into the endzone, or out of bounds inside in the 35-yard line, the ball moves up to the 35-yard line.

The new overtime acts as a shootout. Each team gets five rounds to score from the five-yard line. If the defense commits a penalty, then the offense just reattempts the conversion from the one-yard line. The defense, cannot score, however. The first team with most conversions after five rounds wins.

In the NFL, the ball can only be passed forward once. In the XFL, of the ball is thrown forward, behind the line of the scrimmage, it is legal and the player can throw another forward pass. This rule placed to promote more electrifying plays and create more excitement.

The final rule change, the comeback period happens in the fourth quarter. The clock will stop every play under two minutes, as opposed to the clock stopping only when the ball goes out of bounds. If a team is winning with over one minute, they can’t kneel out the clock unless the team has no timeouts left.

There are a couple of minor changes: teams have two timeouts per half instead of three, no challenges, but every play is subject to review, one foot inbounds for a catch instead of two and short 10-minute halftimes.

With football fans eager to see the new season of the XFL, critics wonder if people will even tune in to the games. With more structure and better managing, the XFL should not have as bad of a down like last time or even one at all.