The Caucus System Needs to Go 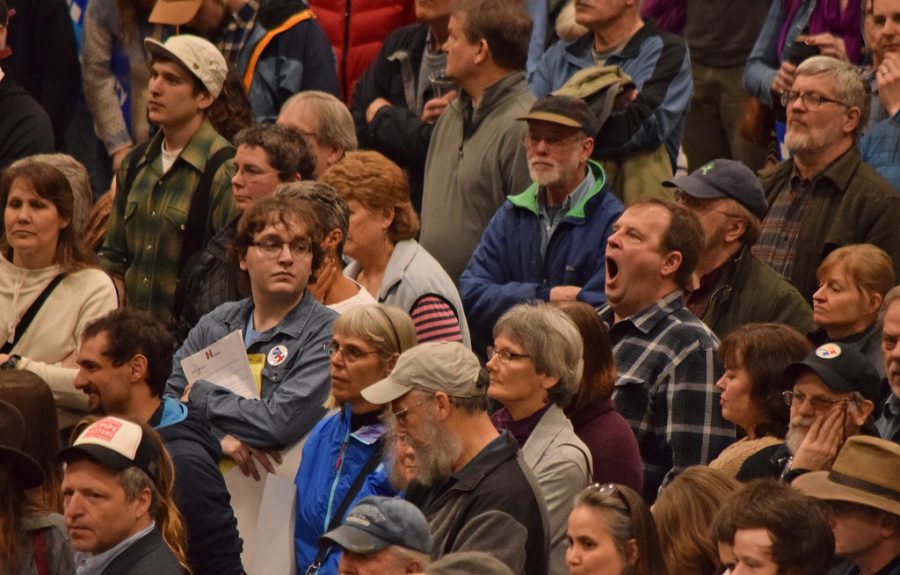 The 2020 Iowa Democratic Caucus was an absolute disaster. Technical difficulties with the app used to calculate the results delayed the announcement of the results extensively. However, the problems with this caucus go far beyond those technical difficulties. There is a reason only six states still hold caucuses instead of primaries. The system is flawed and should be replaced with primaries in every state in order to streamline our democracy.

Primaries follow the same process as the general presidential election. Voters go to their local polling place, enter a booth, and choose their preferred candidate. These polling places are open for most of the day for the convenience of the average voter.

Republican caucuses are a little more intricate than these primaries. On the night of the caucus, voters show up to one of the hundreds of precincts in their state. These sites are usually high school gymnasiums where secret ballots are cast, and the votes are distributed proportionally among Republican candidates.

Democratic caucuses, on the other hand, are worlds more complicated. Instead of having a straightforward ballot at caucus sites, supporters of each of the candidates gather at different sides of the site. They are counted, and every group that doesn’t have at least 15% of the total population present is disbanded. These people are then free to join one of the other groups that had enough supporters to survive. Votes are given out based on the number of supporters for candidates both before and after the realignment.

This is an incredibly flawed system. While primaries only take a voter about 15 minutes and can be accessed at any time of the day, caucuses take place only at night. For the Democrats it takes hours, preventing many people from going to a precinct and getting their voice heard. What percent of the population has enough free time to spend hours casting their support for their candidate on a weeknight? People who work night shifts and mothers who have to stay home with their children find themselves completely excluded. 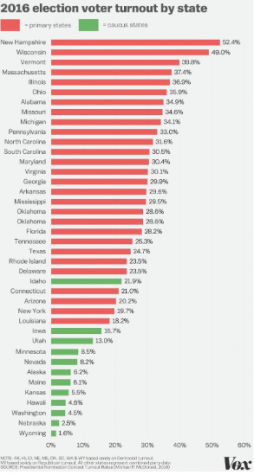 This problem is evident in voter turnout statistics. According to Vox, only one state that held caucuses (out of the states from which data was available) had a voter turnout of over 16% in the 2016 presidential candidate elections. It is no coincidence that the bottom of the list is dominated by caucus states. Any democratic country should strive to include as many people in the voting process as possible, and keeping caucuses around fails to accomplish that.

The Democratic caucuses forcing people to publicly show their support for their preferred candidate is another fundamental flaw. People want to vote within the comfort of a closed-off voting booth, not out in the open. Voting in private allows people to be honest with themselves when casting their ballot and not have to worry about how their peers think about their choice.

In these caucuses, a person is surrounded by members from their community. If their candidate’s group doesn’t meet the threshold and they are forced to join another group, they might join the group with the most of their friends in it rather than the group of the candidate who they feel is best for America. People don’t always think rationally in situations like these.
It is one of the few times in life where a person can truly be honest about their beliefs and not face societal repercussions, yet caucuses strip people of that freedom.

Voting is about individualism. It is about what you think about the candidates, not what you think people want to see you think about the candidates. If you’re voting for someone just because the people around you are and not because you truly believe in them, why bother voting? It is one of the few times in life where a person can truly be honest about their beliefs and not face societal repercussions, yet caucuses strip people of that freedom.

The number of states that still implement caucuses have been steadily decreasing over the years. However, having six states that hold them is six too many. The Iowa Caucus is a crucial step where candidates can build early momentum, and the caucus system skews the vote and does an injustice to all of the candidates who have worked tirelessly over the past months. The caucus is an archaic concept, and it’s past time that it be replaced with primaries across the board.