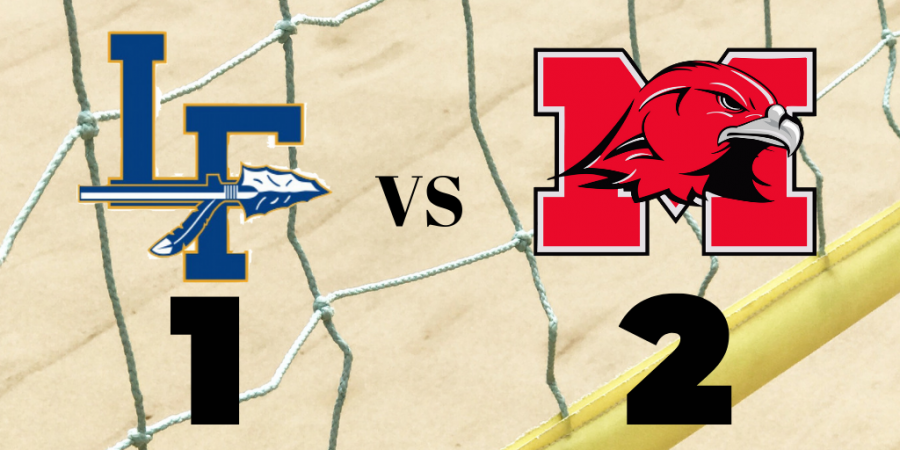 LAKE FOREST, Ill. — Fighting past Mundelein just a night ago, the Boys Volleyball team (3-1) was ready to continue their hot streak against Maine South (2-1). The Hawks finished with 20+ losses last year but have ensured that this won’t be repeated for their upcoming season. Contributing Sophomores Brent Bomrad (hitter) and John Ciprian (setter) lead the way for a young Maine South team. Underlooked by many, the Hawks were able to force three long games, ultimately taking down the undefeated Scouts.

A reality check for the Scouts, Main West came out early with energy and enthusiasm on the front line. Kevin Lamp came out firing per usual, but the boys couldn’t handle the pressure of their Southern competitor. Shocking everyone in the Competition gym, the Hawks took the first set 27-25.

Biting back with a chip on their shoulder, the Scouts wouldn’t let this game slip by them. Senior setter Justin McCartney dished out assists to hitters Eric Myzk and Brennan Marzella, attempting to keep their undefeated season alive. After a long match that ran into extra points, the Scouts took home the second game 26-24.

Dropping their first game of the season was a sudden awakening for the Scouts, and they did all they could to get payback. But, little mistakes throughout the entire match costed them in a big way. Lamp did all he could to help the Scouts battle from being down, but Maine South proved that they are a force to be reckoned with. The Hawks took the last game 25-20.

I caught up with Senior setter Justin McCartney to discuss the negatives of tonight’s game and what his mindset is heading into next week.

“My teammates and I were fully aware that Maine South was a refined team, but we didn’t know exactly what to expect. It all came down to our insufficient preparation leading up to tonight. There are areas we need to improve on before we go up against another team like this, including our serve receive… [a]s far as heading into next week, we’re not going to hang our heads. We’ll use this as a learning experience, and improve upon the flaws we displayed tonight. We’re more than capable, and with a little refinement, I predict great things from this team.”

After splitting two games this week, the Scouts have time off to practice and refine the little details McCartney referred to. Next Monday, the Boys Volleyball team will begin their 5-game road trip against the Vikings of Fremd High School (1-0) on Monday, April 8th. Stay tuned next week to hear how the Scouts did against the MSL powerhouse.