Steve Case’s Plan to Change Business Across the U.S. 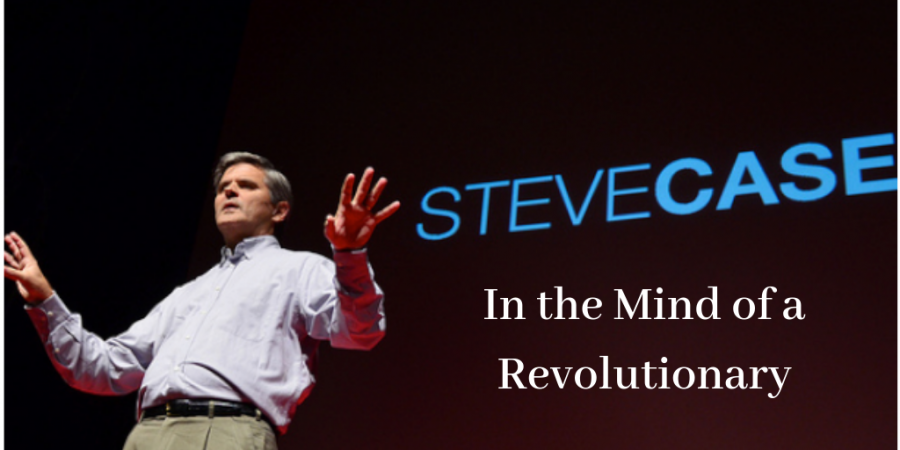 For years, the divide in technological development between places such as Silicon Valley vs. the rural South has grown to a point where the two could be on separate planets. As this disparity continues to grow, so does the concentration of wealth in just a few cities, while those in rural areas suffer the consequences of rising unemployment and lack of development. As big tech companies move to Silicon Valley, New York City, and Boston, it is almost unheard of to find new, promising startups almost anywhere else in the country. However, billionaire Steve Case believes that growth throughout the United States will not be fueled by big companies in the notably tech heavy cities, but instead by people in places that no one would think to look.

Case is a true American businessman and entrepreneur, who worked his way up the ranks of massive companies until he eventually became the Chairman and CEO of American Online, or AOL. He resigned from the position in 2001, and has since been involved with countless investment ventures. Most recently, he started the Rise of the Rest fund as part of his Revolution investment Firm. As the name implies, the new project is dedicated to locating and growing companies across the country in places where technological development is thought of as being nearly nonexistent.

Steve Case started the Revolution Investment Firm in 2005 with a vision to shift entrepreneurial culture. While the company’s headquarters are in D.C., Case knew that he would have to look all over the country in order to begin the revolution he was hoping for. Goals for the firm include statements as audacious as trying to “transform significant markets by leveraging technology and new approaches.” Not only do Case and his team want to infuse small companies with some start up cash to get them going, but they also want to build lasting companies that have the potential for widespread value for consumers across the United States. In order to do so, Revolution does not simply hand out payments to their investees; instead it works with them to create strategies, strengthen their management, and ultimately place them in a position where they can have a massive impact in their specific market.

Revolution itself is split into different sections which focus on slightly different types of investments. The Revolution Growth section is centered on working with already expanding companies and giving them the chance to move themselves into the spotlight. Revolution typically invests in 2-3 growth companies per year at about $25-$50 million each. With just a few companies to focus on, the growth investments are designed to be heavily involved with the company and for Revolution to work side by side in allowing the company to flourish. Some notable growth companies include Draft Kings and Custom Ink. Revolution’s Venture section looks for smaller start up companies with each investment around $4-8 million. This involves looking around the country for promising, revolutionary ideas that just have not gotten the jumpstart they need to produce rapid growth. The firm’s final sector is Places, a branch involved with investing in and growing modern travel and hospitality brands around the globe.

The newest addition to the array of investment approaches in Steve Case and Revolution’s arsenal started in 2014 is the Rise of the Rest Seed Fund. The goal of this fund, similar to that of Venture, is to find some of the smallest technology companies across the country in all of the various industries, with potential to alter the way Americans live. Each year, the Seed Fund hopes to invest in over 20 “passionate entrepreneurs who leverage their expertise in these industries to change the way we live and work.” The Rise of the Rest finds new investment opportunities by taking road trips to cities across the U.S. and hosting pitch competitions in which entrepreneurs can pitch their ideas and have the chance at a $100,000 prize. So far, the road trips have taken Case and other prominent investors to 38 cities where they have found numerous new ideas which they believe will prove to be revolutionary.

As of now, you probably have not heard of most of the companies backed by Revolution, as many are still in the growth stage. Still, Case and Revolution believe many of these companies will one day attain national recognition. Case wants people to know that we can’t rely on Silicon Valley, New York, and Boston to grow big industries. Great ideas could be anywhere, it just make take a revolution to find them.