North Suburban Conference Stars: Where are they now? 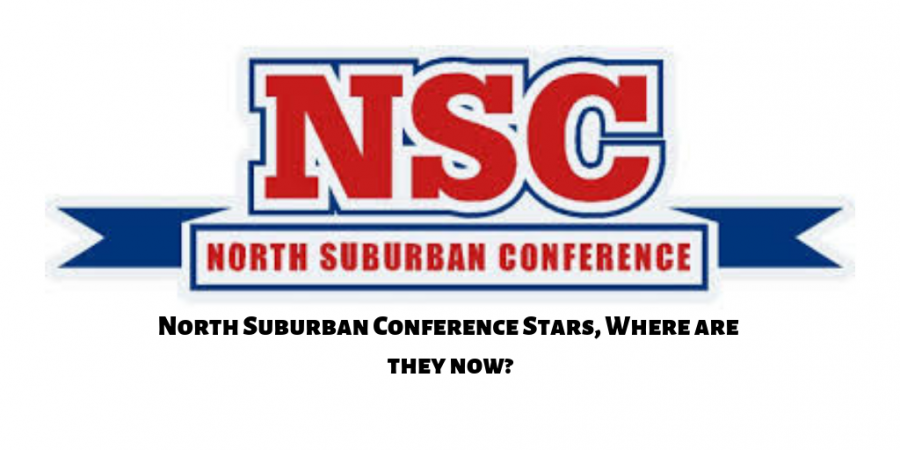 The North Suburban Conference has said to be one of the most competitive and talented conferences in the entire state of Illinois. With players such as Admiral Schofield, Jalen Brunson, and Evan Boudreaux, this conference was full of studs. Now four years removed from the “glory days” of the NSC, where are these players now?

Admiral Schofield, Zion-Benton Township High School, Class of 2015
Admiral Schofield is a guard for the Tennessee Volunteers Basketball Team. At 6’6”, Admiral made his mark early at Zion-Benton Township High School. Now a senior, Admiral has been making his presence known throughout a very deep SEC conference, dunking all over Mississippi State in the SEC Tournament quarterfinals last Friday, or dropping 30 points on the then No. 1 team in the Nation, Gonzaga last December. Admiral is currently hoping to make the NBA after the Volunteers’ tournament run is over as the dominant senior has had a tremendous career to this point.

Jalen Brunson, Adlai E. Stevenson High School, Class of 2015
Everyone who has ever watched high school basketball in the state of Illinois has heard of the 2015 Mr. Basketball, Jalen Brunson. The point guard who won two NCAA National Championships in three years at Villanova University is now the starting point guard for the Dallas Mavericks. Jalen Brunson was named the best point guard and all-around player in the state of Illinois in his senior year, a long time coming since he started in his freshman year with the Patriots. He has the record for most points in a state title game and in a state semi-final game and is a State Champion is 2015 after losing in the championship and the Final Four the previous two seasons. Jalen Brunson recently dropped a career-high 34 points vs. the Spurs as the Maverick looks to continue his basketball journey to the top.

Evan Boudreaux, Lake Forest High School, Class of 2015
Evan Boudreaux, currently a forward at Purdue University, holds many records in Scouts’ basketball history. The 6’8” senior in 2015 led the scouts to a school record 28 wins in a 28-3 season, ultimately losing to none other than Jalen Brunson and Stevenson in the Sectional Championship to cut the season a tad short. Boudreaux is the all time leading scorer in Lake Forest basketball history. Evan’s collegiate career started at his mother’s alma mater, Dartmouth. He played two years and dominated the league and decided to transfer to better his chances at an NCAA Tournament berth. Evan picked Purdue in the Big Ten and was just selected as 3 seed into the NCAA Tournament.

Jack Traynor, Lake Forest High School, Class of 2015
Jack Traynor, another product of LFHS, was a multi-sport athlete for the Scouts. When the star linebacker wasn’t on the turf, he was starting for Coach LaScala’s team at point guard on that 28-3 team back in 2015. Traynor, who also continued his journey to Dartmouth continued his football career starting at linebacker and made his mark quickly, leading the team in tackles his freshman year. He meshed extremely well with Evan Boudreaux in that 2015 season and the amount of wins shows for it.

Cameron Green, Adlai E. Stevenson High School, Class of 2016
Another player from the familiar for Stevenson is Cameron Green. Cameron Green was one of the most dominant football players the NSC has ever had. The tight end made his commitment to a school just down the road in Evanston, IL, Northwestern University. There Cam was a very useful weapon for Coach Fitzgerald and their offense as Green would be a valuable option come third downs and when the team really did need some yardage. Green also played alongside Stevenson’s Jalen Brunson on the 2015 State Championship winning team. Cameron has officially retired from football after his junior season with the Wildcats because of head injuries.

Connor Cashaw, Adlai E. Stevenson High School, Class of 2015
As the list grows with Stevenson athletes, Connor Cashaw was a key piece to the 2015 state winning basketball for the Patriots. The former Rice Owl now plays on the hardwood in Omaha, Nebraska, at Creighton University. Cashaw who has had Big East talent all along found himself at a smaller school in Rice to develop his game more to clear up the opportunity to transfer to a higher level basketball program. Cashaw has averaged 8.4 points and just over four rebounds throughout his collegiate career, as he looks to make the tournament with the Bluejays next season.

Justin Smith, Adlai E. Stevenson High School, Class of 2016
If you didn’t think the Stevenson list couldn’t get any longer, keep wishing. Justin, a part of the graduating class of 2016, is currently playing for the Hoosiers of Indiana University. Smith who was slightly overshadowed by the talent of both Cashaw and Brunson really blossomed show his senior season. Smith has recently been getting solid minutes in Bloomington, as the Hoosiers barely missed the 2019 NCAA Tournament and are currently in the National Invitational Tournament (NIT).