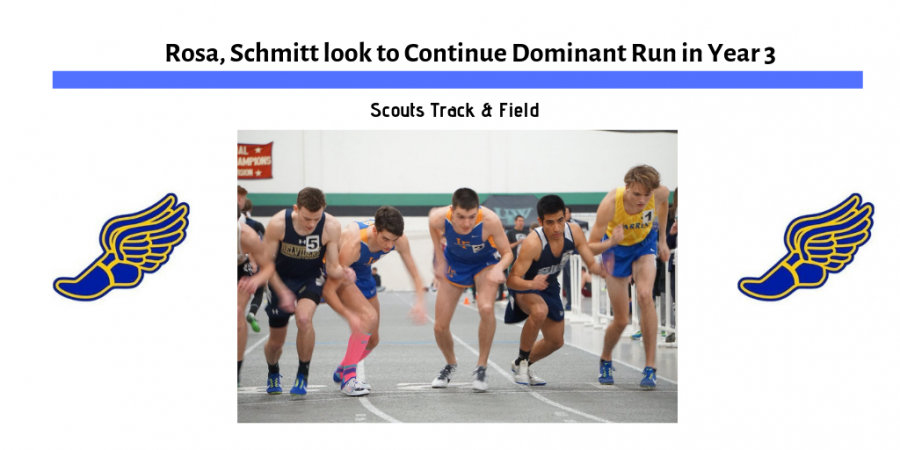 Track and Field seems to be one of the more undervalued sports, especially in high school. While football, basketball, and baseball seem to get all the attention, two athletes have been excelling in Track and Field: juniors Ben Rosa and Nate Schmitt. The two complement each other very well out on the track and both are hungry to get over the “hurdle” that is the State Sectional meet and bring the Scouts’ program to the State meet.
About Ben Rosa, Junior, Distance Runner
Hometown: Lake Bluff, IL
Ben Rosa, a junior from Lake Bluff, Illinois, is already one of the most accomplished runners in Lake Forest High School Track history. With having the record for the fastest mile in the Frosh/Soph category at four minutes and twenty-five seconds, Rosa is still looking to achieve the ultimate goal, becoming a State Champion. Believe it or not, he had to be convinced by some friends to get into the sport. “It was actually the Lanes (Josh and Ethan) who got me into it. I did swim for a while and I got bored with it and I wanted to do another sport, so the convinced me to join track.” When asked what he enjoys the most about the track, he simply stated, ”Running fast.” Ben has gotten off to an outstanding start in his junior campaign, winning the Antioch Invitational meet with a mile time of four minutes and twenty-nine seconds, beating forty-six other competitors.

About Nate Schmitt, Junior, Distance Runner
Hometown: Lake Forest, IL
Nate Schmitt was a new face in the second semester of his freshman year moving from Evergreen, Colorado, and making an immediate impact. “I got into running partially because my mom told me to do it, and I also wanted to train for basketball because at the time basketball was my sport,” Schmitt said. “As I started running, I thought, ‘This is pretty cool; I should stick with this.’” When asked about he likes the best about running track, Schmitt said, “Just how purely competitive it is; there is no luck involved.” Track is indeed one of those sports where it is pure will power and how hard you push yourself to be the best in each race of the season. Schmitt has definitely made his mark at LFHS having tremendous races and being voted team captain for both Cross Country and Track and Field in his junior year.

Both runners have been great additions to the team since they walked onto campus their freshman years and have made some noise throughout the North Suburban Conference. With both of these athletes leading the Cross Country team to State for the first time in eight years this fall and looking to get the Scouts back into the deep stages of the postseason, both athletes will continue to “run” the table. 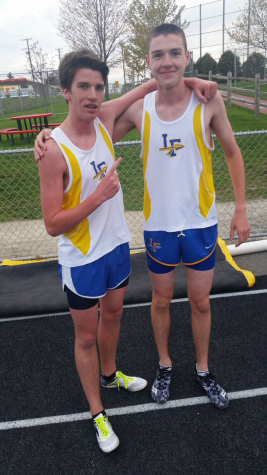