We Are Scout Nation! 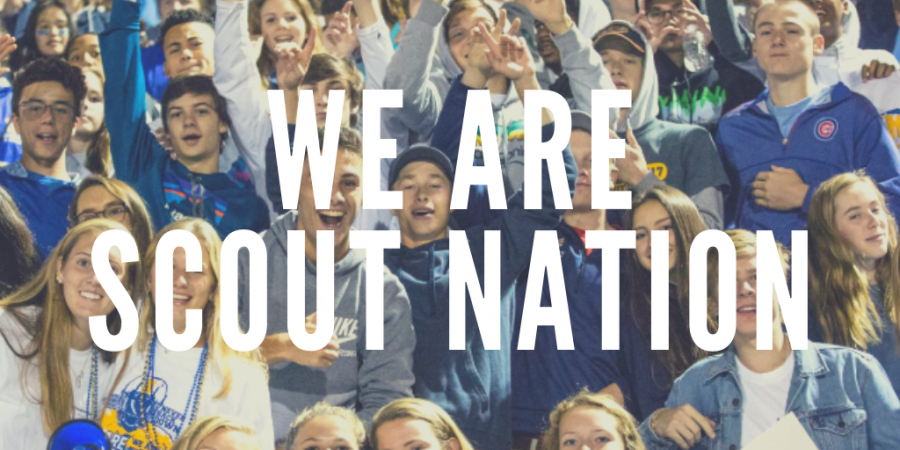 Many people know that Scout Nation meets every Tuesday in the Wedge Cafe, the old teachers’ lounge. Some people have come up to Scout Nation representatives and are worried about joining the club as it is already half way through the year and they want to be accepted. Don’t be worried; we are a Nation!

Scout Nation isn’t only a club, it is school culture! Everyone is an active participant of the concept of Scout Nation whether they know it or not. We will always stand with our teams, players, and coaches. To be part of Scout Nation, all you need to do to continue to show the Scout spirit is to go to some games, get loud for Lake Forest, and stand strong. If you want to be one of the ‘Super Scouts’ (not meaning you are a second year senior), come to our meetings at 3:20 on Tuesdays at the Wedge Cafe.

We have a regular set of students who attend and support the club weekly, but we are always looking for more to join! Students who are part of the Scout Nation club are Bobby Winebrenner, Will Davis, Bill Avery, Logan Hanekamp, Catherine Greub, Vivian Pompov, Lexi Conley, Grace Hardy, Ashleigh Rupprecht, and Nick and Ben Winebrenner. The club is led by French teacher and cheer coach Ms. Gregory. Ms. Gregory, with her cheer spirit background, has really helped Scout Nation become better than ever! Mrs. Malec, the LFHS Activities Director, is also a strong supporter of Scout Nation and helps out with many of our events/meetings.

Some of the things Scout Nation has done:

Promoting the club, games of the week, and players
Selling shirts to YOU, a member of the Nation
Meeting weekly to come up with game themes and ideas

Scout Nation’s goals are to:

You can find out more about Scout Nation at https://www.lakeforestschools.org/schools/lfhs/athletics/scout-nation and at our meetings! See you there!