The Truth About Senior Privilege Next Year 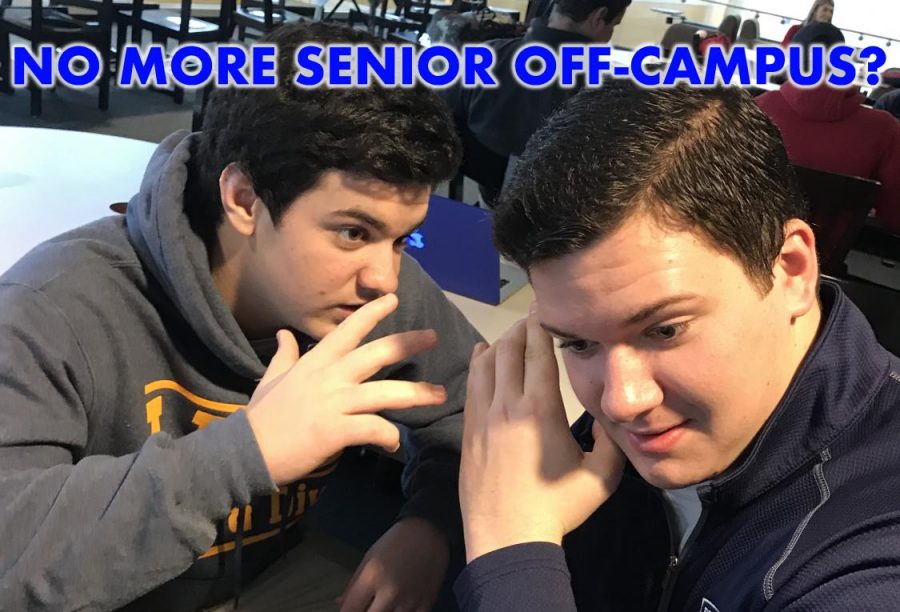 Rumors in LFHS tend to spread like wildfire, as the word of mouth is seemingly trustworthy enough to be taken as fact.  Most recently, the future of the senior off-campus pass has been put into question throughout the student body. Many juniors were very concerned that next year they would not be able to leave campus to get their midday Starbucks. With such a critical issue at hand, the air needed to be cleared.

We first spoke to the junior class to get a general idea of what the gossip is upon the issue.  As expected, many juniors were convinced that their future privilege was already gone.

“I was really looking forward to being able to leave during the day next year,” said junior Ava Manelis. “You wait three years for this privilege and it being taken away would be pretty frustrating.”

Clearly, the Junior class was in distress about the issue.  There are even theories about why senior off-campus passes will be gone next year.

“Apparently too many younger kids are illegally going off campus, and I was told that if they keep going off then senior’s off-campus passes will be gone next year,” said Junior Sheridan Young. Others are frustrated with the establishment, confused on what they have done wrong to deserve this.

“The 2018 junior class has done nothing to risk losing senior off campus, we should not be penalized,” said Junior Catherine Pasquella.

Nearly every junior we sat down with all were under the same impression that the senior pass that you wait three years for will not be coming back for the class of 2020.  So instead of perpetuating this rumor, we took matters into our own hands and tracked it down to the supposed source. We entered the Dean’s office in pursuit of answers. We came face-to-face with Dean Mrs. Tomek who finally exposed the SHOCKING truth.

“No, I anticipate that senior privilege will be available next year,” she said.